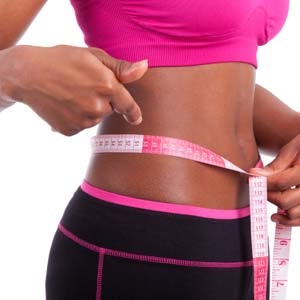 Overweight or obese people can cut their risk of trouble with a potentially fatal irregular heart beat if they lose a lot of weight, a new study has found.

Losing a bit more than 30 pounds, on average, caused people to have fewer and less severe bouts of heart palpitations related to atrial fibrillation.

Atrial fibrillation is a disorder of the electrical impulses that coordinate the beating of the heart. Rapid and disorganised electrical signals cause the heart's two upper chambers – the atria – to contract in a fast and irregular way. The condition can increase a person's risk of stroke and contribute to heart problems.

The new study found that people on a strict weight-management plan experienced a five-fold decrease in the severity of their atrial fibrillation symptoms, compared with those who only received nutrition and fitness advice.

The dieters also had a 4.5-times better overall decrease in symptoms and a two-and-a-half-times greater decline in episodes of atrial fibrillation, the study authors said. Symptoms can include heart palpitations, shortness of breath, dizziness, fatigue, fainting and chest pain.

"Weight loss will help most people who are overweight" with their atrial fibrillation, said study co-author Dr. Prashanthan Sanders, director of the Centre for Heart Rhythm Disorders at the University of Adelaide in Australia. "Extra weight, through so many ways, has a significant impact on the atria [upper chambers of the heart]."

For example, obesity increases inflammation and can contribute to the thickening of the heart's wall, the study authors said.

The study authors called atrial fibrillation "the epidemic of the new millennium", projecting that by 2050 between 12 million and 15 million Americans will be affected by the heart disorder. The reason: the growing obesity epidemic.

Obesity is thought to be a major contributor to atrial fibrillation, Sanders said. "Several epidemiological studies have suggested this," he said. "There are several reasons why – sleep apnoea, hypertension [high blood pressure] and metabolic syndrome."

According to background information provided in the study, people experience a 4 percent to 5 percent increased risk of atrial fibrillation every time their BMI increases by 1 point.

For the new study, half of the participants underwent a weight-management plan that for the first eight weeks required a very low-calorie diet of between 800 and 1,200 calories per day. They received a weight-loss shake for two of their daily meals, and a third meal with high levels of proteins.

These people also had to follow a written exercise plan that prescribed low-intensity exercise like walking or cycling three times a week, starting at 20 minutes per session and gradually increasing to up to 45 minutes.

The other study participants were just provided advice on nutrition and exercise.

"Anything that increases cardiac demand can increase the risk of atrial fibrillation," he said.

Tomaselli, chief of cardiology at Johns Hopkins University School of Medicine, added that a person doesn't have to go to the extremes undertaken by the weight-management group to get some benefit.

"Time and time again, any weight loss has been shown to help people," he said. "Exercise is good for you. If you exercise more tomorrow than you did today, you're doing the right thing."

For more on atrial fibrillation, visit the US National Heart, Lung, and Blood Institute.

We live in a world where facts and fiction get blurred
In times of uncertainty you need journalism you can trust. For only R75 per month, you have access to a world of in-depth analyses, investigative journalism, top opinions and a range of features. Journalism strengthens democracy. Invest in the future today.
Subscribe to News24
Related Links
Weight-loss surgery reverses ageing process
Losing weight leads to better sex
New drug may battle obesity and diabetes
Next on Health24
Five nutrition mistakes you make when you start exercising