An apple a day keeps the doctor away. Or does it? When it comes to a healthy diet, we all know that we should eat more fruit and veg. However, according to a new survey conducted by green organisation Environmental Working Group (EWG), apples, strawberries and peaches top the “Dirty Dozen” list of most toxic fresh produce in the US:

EWG analysts synthesized data collected from the US Department of Agriculture and the Food and Drug Administration from 2000 to 2009, to compile a list of 53 fruits and vegetables and their total pesticide loads.

According to a EWG press release, produce was ranked based on a composite score, equally weighing six factors that reflect how many pesticides were found in each product and at what levels. Most samples were washed and peeled before testing, so the rankings reflect the amounts of chemicals likely present on the food when is it eaten.

Whereas the worst offenders were highlighted in the “Dirty Dozen” list, they also compiled a “Clean 15” list of the cleanest conventional produce:

This may be a US survey, but the situation is likely to be similar in South Africa. We’ve grown used to buying (and demanding) perfect fruit and vegetables on the grocer’s shelves, but that perfect-looking shiny red apple comes at a price - it’s the result of pesticides used liberally in orchards to ensure a good, unblemished crop.

Some may argue that the use of pesticides in conventional farming methods ensures food on the table for everyone - "it’s feeding us, not killing us". However, Sonya Lunder, senior analyst at EWG, feels different: “Pesticides are toxic. They are designed to kill things and most are not good for you. The question is, how bad are they?” 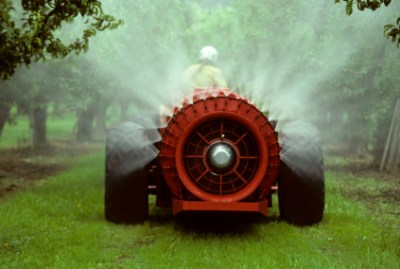 Numerous international studies have found pesticides to be extremely toxic to human health and the environment.

Says Dr Andrew Weil, founder and director of the Arizona Centre for Integrative Medicine: "Pesticides, while designed specifically to kill certain organisms, are associated with a host of very serious health problems in people, including neurological deficits, ADHD, endocrine system disruption and cancer. My advice to consumers is to whenever possible avoid exposure to pesticides, including pesticide residues on food."

Does that mean we should eat more organic food? After the recent E. coli outbreak in Europe linked to so-called safer organic produce, that might not be such a popular option right now, and besides, it tends to be too expensive for many people.

"Though buying organic is always the best choice, we know that sometimes people do not have access to that produce or cannot afford it,” says EWG president Ken Cook. “Our guide helps consumers concerned about pesticides to make better choices among conventional produce, and lets them know which fruits and vegetables they may want to buy organic.”

According to the EWG’s calculations, consumers who choose five servings of fruits and vegetables a day from EWG's Clean 15 list rather than from the Dirty Dozen can lower the volume of pesticides they consume by 92%. They will also eat fewer types of pesticides.

Even though some pesticides were still found on the produce after they were washed and peeled, the EWG believes the benefits of fruits and vegetables still outweigh the problems associated with pesticides.

"The EWG strongly recommends that everyone follow USDA’s recommendation to eat five servings of fruits and vegetables every day,” Alex Formuzis, media relations vice-president of the EWG says. Fruit and veggies are also the perfect way to combat unhealthy snacking: "If it's a choice between an apple and potato chips; choose the apple," Formuzis adds. 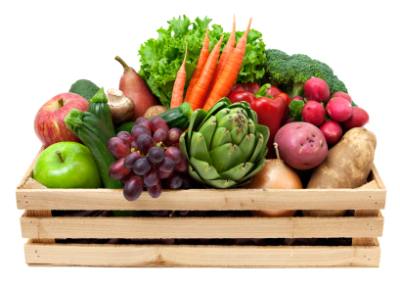 The health benefits of a diet rich in fruit and vegetables are well documented. They help reduce the risk of many diseases and fight obesity. In South Africa, the majority of people are already guilty of not consuming the minimum of five fruit and vegetable portions a day. It would be a real shame if consumers used the survey as another excuse to avoid these super health foods.

Health24’s DietDoc, Dr Ingrid van Heerden, agrees: "The EWG 2011 Shopper’s Guide to the 'Dirty Dozen' and the 'Clean 15' fruits and vegetables once again underlines how important it is to eat a variety of foods. This also applies to fruits and vegetables, which may or may not be contaminated with pesticides and other chemicals or heavy metals."

Though the majority of South Africa’s fresh fruit and vegetables is produced by using conventional farming methods and pesticides, she encourages SA consumers to keep a healthy perspective: “South African consumers should keep in mind that the EWG study was conducted in the US and that the results obtained may not necessarily reflect the South African situation. Until we have a similar annual test of our fruits and vegetables to pinpoint which ones contain the most pesticides and contaminants, we won’t know which fruits and vegetables in this country should be classified in the 'Dirty Dozen’ or the ‘Clean 15'.

Click here for more information on the EWG survey