The horrible truth about pizza

A survey has revealed excessively high sodium levels in many pizzas around the world, with some pizzas containing twice the salt content of the same pizzas in other countries; and the survey's top offender containing over twice the amount of sodium found in seawater. New research, carried out by World Action on Salt and Health (WASH) as part of World Salt Awareness Week, identified that in some countries, people are being fed over twice as much salt as people elsewhere in the world. WASH surveyed the salt and sodium content of over 500 pizza products available around the world from well known international pizza outlets such as Pizza Hut, Dominoes, Eagle Boys and Papa John’s, as well as those available in supermarkets and grocery stores.

There are huge differences in the sodium content of pizzas around the world - even the most basic type of topping, the margherita, is a high-sodium culprit. One margherita pizza from El Arreo in Costa Rica contained over twice the amount of sodium found in seawater! El Arreo produces a margherita pizza which contains a shocking 2.33g/100g sodium, almost eight times higher than a UK supermarket equivalent, (Tesco’s’ Margherita pizza) which contained just 0.3g sodium/100g. Just a third of the El Arreo Margherita pizza (150g) contains 3.5g sodium, nearly double the World Health Organisation’s (WHO’s) recommendation of 2g sodium for a whole day.

This year’s World Salt Awareness Week focused on "Salt and Men’s Health". In the UK, over twice as many men as women die prematurely of heart disease, heart failure and stroke (34 431 vs. 16 664 adults under 75). The WHO’s maximum daily recommendation is 2g of sodium, or 5g salt, however in the UK men currently eat about 10g of salt a day, the equivalent of  275kg of salt in a life time, with young men eating even more.

“Eating too much sodium puts up our blood pressure, the major risk factor of cardiovascular disease (strokes, heart attacks and heart disease), the leading cause of death and disability worldwide, says Professor Graham MacGregor, Chairman of WASH and Professor of Cardiovascular Medicine at Barts & The London School of Medicine and Dentistry. “Because of this, many countries are taking action to gradually reduce sodium intake around the world, which would save millions of lives each year”.

“It is the responsibility of multinational food companies to reduce the amount of salt they add to our food across the globe” says Clare Farrand, Public Health Nutritionist and Project Coordinator at World Action on Salt and Health. “If Pizza Hut can provide the UK with lower salt pizza, why can’t the rest of the world have them too? It is hugely unfair for some countries to have healthier foods than others, yet food manufacturers still seem reluctant to provide their healthiest products to everybody in the world.” 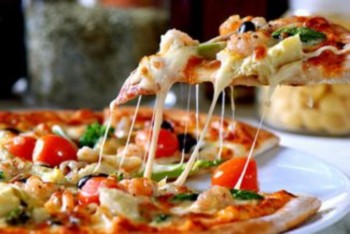 The Heart and Stroke Foundation of SA (HSFSA) urges all South Africans to be attentive to what they are served. Multinational food manufacturers that already offer healthier foods in other countries are perfectly positioned to initiate this effort in South Africa. It will be unjust not to do so as all South Africans deserve healthier food options. The Heart Mark logo, the HSFSA’s food endorsement programme, found on hundreds of heart healthier products is one solution!

6.3 million people in SA have hypertension

Considering 6.3 million people in SA have hypertension, the SA Department of Health (DOH) is correctly exploring a collaborative approach to reduce salt levels in food. Under guidance of Prof. MacGregor (WASH) and Prof. Krisela Steyn (Chronic Diseases Initiative in Africa) the DOH and the HSFSA resolve to work with industry and the South African public to reduce sodium levels in foods and make healthier options more accessible.

“Individuals need to take the onus upon themselves to change their dietary habits in the interest of improving their health, while the food industry should ensure that their products contain less salt, thus allowing the consumer access to healthier products”, says Shân Biesman-Simons, registered dietician and director of Nutrition and Education at the Heart and Stroke Foundation SA.