For one man, too much vitamin D was disastrous 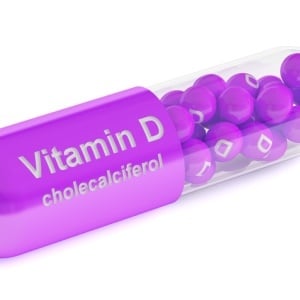 It is possible to overdose on vitamin D.

Vitamin D is the healthy "sunshine" vitamin, but it can have a dark side, one Canadian man discovered.

A team of Toronto physicians reported on the case of a 54-year-old man who developed kidney damage after taking extremely high doses of vitamin D.

It's a cautionary tale for consumers, medical experts say.

"Although vitamin D toxicity is rare owing to a large therapeutic range, its widespread availability in various over-the-counter formulations may pose a substantial risk to uninformed patients," said study co-author Dr Bourne Auguste. He's a clinical fellow in home dialysis at Toronto General Hospital and the University of Toronto.

As reported April 8 in the CMAJ (Canadian Medical Association Journal), the man was seen by doctors after he returned from a holiday in Southeast Asia, where he spent much of his time sunbathing. Vitamin D is naturally synthesised by the skin upon contact with sunlight.

Testing showed that the man had elevated blood levels of creatinine, a marker for kidney damage or malfunction. The patient was then referred to a kidney specialist and underwent further testing.

Doctors learned that the man had been prescribed high doses of vitamin D by a naturopath – even though he did not have vitamin D deficiency and no history of bone loss.

Risks of unfettered use

The typical recommended daily allowance of vitamin D is 400 to 1 000 IU, with a higher amount (800 to 2 000 IU) recommended for adults at high-risk of osteoporosis, and for older adults.

The patient far exceeded those dosages, however, and that led to extremely high levels of calcium in his blood. It's those high blood calcium levels that triggered his kidney damage, Auguste's team said.

"Patients and clinicians should be better informed about the risks regarding the unfettered use of vitamin D," the study authors concluded.

Dr Maria DeVita directs nephrology (kidney medicine) at Lenox Hill Hospital in New York City. Reading over the case report, she said that "overuse of the vitamin, as is true of many supplements, may have dire adverse effects."

DeVita said, "Vitamin D is necessary for the development and maintenance of strong bones, [but] the take-home message is too much of a good thing is not good."

We live in a world where facts and fiction get blurred
In times of uncertainty you need journalism you can trust. For only R75 per month, you have access to a world of in-depth analyses, investigative journalism, top opinions and a range of features. Journalism strengthens democracy. Invest in the future today.
Subscribe to News24
Related Links
Is there a link between vitamin D and MS?
Vitamin D no cure for brain diseases
The vitamin you need so your penis can perform
Next on Health24
What exactly is folic acid, and should you be taking it?