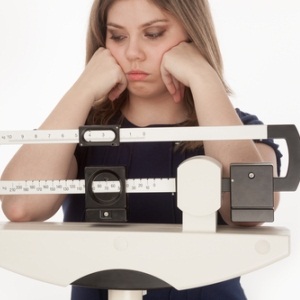 Young woman and scale from Shutterstock

There seems to be no end in sight for the Banting/Tim Noakes’ diet-saga.

'Mampara of the week'

As the fracas gathers momentum, thanks largely to frantic media coverage, the chief protagonists are making more and more scientifically irrational statements. Last week, for instance, the Sunday Times featured “Noakes makes a U-turn on dairy’s ‘green’ status”, and reported that one of his acolytes Dr Glen Hagemann has banned “slow-losing women” from his crash diet-courses.

Hogarth also nominated Tim Noakes as “Mampara of the week”, and I didn’t know whether I should laugh or cry.

Back in the day when I was at university, Dr Atkins published a whole series of books on his version of the zero/very-low-carb, high-protein, high-fat diet – and made millions of dollars. He also founded an empire manufacturing zero-carb foods.

Read: The lowdown on low-carbs

In the 21st century the low-carb, high-protein diet has been rediscovered and repackaged by a number of opportunistic authors, cashing in on the public’s unquenchable desire for a quick-fix diet miracle.

In 2009, “The Metabolism Miracle” by Diane Kress, was hailed as a “New York Times Bestseller”.  It promised “3 easy steps to regain control of your weight . . . permanently”. The author, Diane Kress, a registered dietician, practicing in the USA for more than twenty-five years, recommended an 8-week high-protein, low-carb detox period to allow the pancreas and the liver to rest and regenerate.

This author was honest enough to admit that “a very-low-carb diet is not nutritionally balanced, but a temporary choice to reset a healthy metabolism”.

During Step 1, the 8-week, very-low-carb period, slimmers with so-called Metabolism B were urged to cut out most carbs and concentrate on eating lean protein foods. Only 5 x 5 grams of carbohydrates were allowed per day. Patients were also encouraged to drink plenty of water, eat every 5 hours (a variation of the “nibbling diet”), take vitamin and mineral supplements, do physical exercise, deep breathing, relaxation exercises and to apply the principles of positive thinking. According to Kress (2009), the purpose of Step 1 was to “re-programme your metabolism”.

Then in 2010, there was Dr Pierre Dukan who devised a French variation of the Atkins Diet, which was of course named “The Dukan Diet”. In this book, he divides his diet into 4 phases, which he calls the “Attack Phase”, the” Cruise Phase”, the “Consolidation Phase” and the “Stabilisation Phase”. The window dressing is French, but the basic principles are pure Atkins Diet.

In 2011 it was the Cura Romana® Weightloss Plan by Leslie Kenton, which hit the shelves. New Yorkers were obsessed with the book; it shot to the top of the bestseller lists and probably made Ms Kenton lots of money.

It also advocated an Atkins-type diet but allowed so few kilojoules that it bordered on starvation. In addition, dieters were encouraged to use a homeopathic human chorionic gonadotrophin (HCG) spray to aid weight loss.

And now we have the “Real Meal Revolution” written by Dr Tim Noakes et al. which has dieters in South Africa in a protein- and fat-feeding frenzy.

In my opinion, the most concrete results achieved by these books were the large amounts of money in the pockets of their authors.

I wonder who taught these people who set themselves up as dietary experts their physiology.  Let’s look the banning of female Banters by Dr Hagemann as an example.

One of the first things students of nutrition are taught is that the so-called Basal Metabolic Rate (BMR - the amount of energy used during 24 hours while physically and mentally at rest) of individuals can vary because it is influenced by a many factors including gender. Men, particularly young men, have a much higher BMR than females of the same age.

This higher turnover of energy and higher energy requirement is caused by the male hormone testosterone and the quantity of muscle tissue in a male body (the more muscle tissue your body contains, the higher the demand for energy will be to maintain the status quo).

I can remember, writing years ago, that we females are at a disadvantage, and that if we follow the same slimming diet and do the same amount of exercise as men, we will lose less weight/fat, and at a slower pace. It’s “tough, but true”.

This is not a new discovery and it is very unfair to use it to discriminate against women when it comes to weight loss.

More women in South Africa need to lose weight than men, according to the results of the 2012 South African National Health and Nutrition Examination Survey, which indicate that 64% of our women are either overweight or obese, compared to 30.7% of men.

However, the “Banting refusal” may actually be a blessing in disguise, because we can but hope that it will encourage the women in our country to use more sensible and balanced slimming diets combined with regular exercise to lose weight.