Are you being misled by bogus weight-loss supplements? 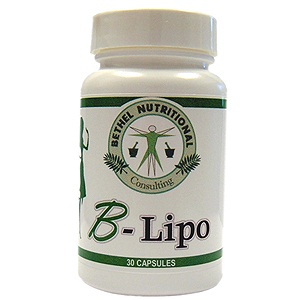 B-Lipo has been recalled due to health safety concerns. It contains high levels of the controlled substance Lorcaserin (see below).

"The barrage of advertising leads us to think there's a magic way to melt away 5 kgs - even when we have no evidence that supplements work," Dr. Pieter Cohen, a physician at Harvard Medical School who studies supplements, said in a Consumer Reports news release.

"The labels on weight loss supplements look like those on over-the-counter medications, and the supplement facts are organised like nutrition facts labels," he added. "There's no way for consumers to tell the difference."

So it's perhaps not surprising that the new survey of nearly 3 000 Americans found that about 20 percent of respondents were misinformed, believing, erroneously, that the U.S Food and Drug Administration guarantees the safety and effectiveness of weight-loss supplements.

All of that scientific-looking labelling "gives you the sense the products are being scrutinised by the FDA," Cohen said, even though the agency plays no such role when it comes to supplements.

More than a quarter of respondents to the survey said they had tried a weight-loss product in the past, and believed the product was safe and would help them lose more weight than other methods.

About 25 percent also believed the products have fewer side effects than over-the-counter or prescription medications. But the same survey suggests that's just not true: About half of those polled who said they had tried a weight-loss supplement said they also developed at least one symptom such as rapid heart rate, jitteriness, constipation/diarrhoea, or dry mouth.

Cohen said, "of all dietary supplements, the ones for weight loss seem to cause the most harm -- sometimes liver failure and even death."

"These products can interact with prescription medications, but consumers often feel that supplements are different from prescription drugs, and doctors don't ask about them," said Cohen.

Complicating matters, weight-loss products may contain drugs that have been banned by the FDA. In another recent study, the researchers found that 27 supplements recalled by the agency were still being sold.

Of those products, two-thirds being sold for weight loss contained some type of banned ingredient.

In the end, "there's no way to know what's in the bottle," Cohen said. "You're at the mercy of the manufacturer."

And what about the drugs' effectiveness at shedding unwanted pounds? Claims that these products will help people burn more fat or calories have not been validated by the FDA, the researchers said.

Like food, weight-loss supplements are generally considered safe until shown to be dangerous, the report's authors said.

According to the survey, one-third of those polled didn't lose any weight. Although another one-third lost some weight, only 9 percent reported losing all the weight they wanted to lose and kept it off.

But, the weight-loss supplements probably had little to do with their weight loss success, the study's authors suggested.

"If you've spent money on something you think will help, you'll probably pay more attention to what you're eating," explained Cohen. "Taking the pill acts as a reminder."

The respondents who said they lost at least some weight while taking a weight-loss supplement were typically following a diet or exercise program, the survey revealed.

In December 2014 Bethel Nutritional Consulting, Inc recalled one lot of B-Lipo Capsules (pictured above) to the consumer level. The firm was informed by the US Food and Drug Administration (FDA) that a sample of B-Lipo Capsules collected and tested by the FDA was found to contain Lorcaserin, a controlled substance used for weight loss.

More serious adverse events, which may be life-threatening, include damage to the heart valve, or serotonin syndrome particularly if Lipo-B is taken with other medications that work similarly.

Excessive levels of serotonin can cause symptoms that range from mild (shivering and diarrhoea) to severe (muscle stiffness, fever, and seizures).

Severe serotonin syndrome can be fatal if not treated.

We live in a world where facts and fiction get blurred
In times of uncertainty you need journalism you can trust. For only R75 per month, you have access to a world of in-depth analyses, investigative journalism, top opinions and a range of features. Journalism strengthens democracy. Invest in the future today.
Subscribe to News24
Related Links
Supplements can help South Africans avoid obesity
Dodgy weight-loss pills may slip through as health supplements
How the health and food industry makes a mockery of the average consumer
Next on Health24
Weight loss and timing of meals - does it matter?