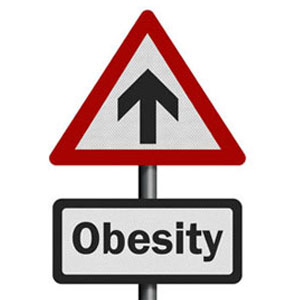 Shutterstock
Urbanisation and cultural beliefs are playing a big role in the rapidly growing obesity epidemic in South Africa, an obesity expert has said at a National Obesity Week event held at the South African Sugar Association (Sasa) in Durban.

According to Suna Kassier, dietician and lecturer at the University of KwaZulu-Natal, obesity is a complex condition in South Africa with multiple causes.

Over 29% of men and 56% of women are classified as overweight or obese; and the greatest increase in obesity is seen among the urban black population, especially black women who have recently moved from a rural area to the city. Most of these women suffer from central obesity - their bodies are apple-shaped - which means that there is far more fat accumulated around the waist and the internal organs, than in a healthier pear-shaped body, for example.

People with central obesity are also far more at risk of developing chronic diseases of lifestyle such as hypertension, stroke, type 2 diabetes, heart disease and certain types of cancer.

According to Kassier, who is currently busy with her doctoral studies on obesity amongst urban black women in South Africa, migration of populations from rural to urban areas has been associated with significant lifestyle changes such as reduced exercise and an increased availability and intake of food.

“When living in informal settlements, there is often also a lack of availability of affordable, nutritious foods. Spaza shops stock limited foods and people have to travel far to go to reach a bigger grocery shop that sells fresh produce.

Kassier explains that the cost of food is also a factor. “The cheapest meats are usually also the fattiest and unhealthiest, and the cheap fast foods that are sold on the roads are high in kilojoules and fat.”

People who move to cities are also less active as they mostly travel to work with public transport and there is no safe area to workout at home, due to limited outdoor space and street violence.

It has been found that there are many cultural connotations with urban eating habits and weight gain, Kassier continues.

“In many black communities weight gain is seen as a sense of achievement - it signifies dignity and respect, and shows that you’re enjoying wealth and a good life. ‘I’m doing well, I’m gaining weight.’

“Being thin is associated with hardship, trouble at home and serious illnesses such as TB or HIV/Aids. Less physical activity is also perceived as progress. Walking and having to do much physical labour represents hardship.”

This “big is beautiful” approach is reinforced by compliments and respect received from friends and relatives when visiting rural areas.

“Finally, many black women have a larger ideal body size,” Kassier says. “Whereas their white sisters believe ‘you can never be too thin or too rich’, black women have far less social pressure to be thin and are generally more accepting of their bodies.

“As a result they are also less likely to perceive themselves as being overweight. A study has found that only 16% of black SA women considered themselves overweight, whereas, in reality, an astounding 59% were overweight or obese. This has serious implications for their long-term health."

According to Kassier, dealing with the obesity problem in South Africa needs a multi-faceted approach.

"Due to culturally entrenched ideals and beliefs as to what is considered to be 'the body beautiful', it is not sufficient to only target obese individuals in health campaigns," she advises. "We need to educate the South African community in general. This includes partners/spouses, children, extended family members and peers regarding the health risks associated with obesity.

"Sadly, in a South African context weight loss is often associated with disease and not better health," she adds.

Kassier stresses the importance of support from family and friends in achieving a healthy weight. "Weight loss is not easy. In order to lose weight and maintain that loss, permanent changes in lifestyle and eating behaviour are required. These changes can only be implemented and maintained with the necessary social support from relatives and friends.

"As a result, obesity prevention and /or treatment campaigns need to utilise similar social marketing tactics that have been implemented to create social awareness of the adverse effects related to smoking, "drinking and driving" and not practising safe sex. The global scientific community have indeed urged health authorities to draw on the experiences gained from smoking cessation campaigns when it comes to addressing the 'addiction' related to much of the wrong foods," she concludes.