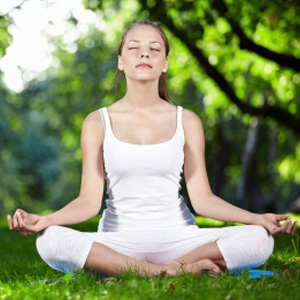 Yoga is growing in popularity around the world.  Latest estimates suggest that 15.8 million Americans and half a million Britons regularly practice yoga.  Yet in South Africa, teachers claim that despite yoga becoming more mainstream, many South Africans are reluctant to try it out because of a few persistent myths.  So what are some of the biggest untruths that surround yoga?

Dillon Mann, co-founder of South Africa Yoga dispells some of the most common myths surrounding yoga.

Myth One: Yoga is only about stretching and is not a good workout

Completely wrong. Depending on the type of class you attend, yoga offers a combination of physical benefits including strength, flexibility and weight loss.

If you’re looking for an intense, fat-burning workout, a style such as Bikram or Ashtanga could be for you. Someone weighing 68 kg typically burns 1,000 calories in a 90 min Bikram Yoga session – the equivalent of running at almost 10 km/h for the whole class.

Or, if strength and flexibility are your goal, you could consider a style such as Iyengar where students spend longer in each pose and precision is encouraged – meaning you’ll work muscles more intensely and exercise parts of your body you’d forgotten you had.

The simplest way to put this to the test is to try a class – you’ll know you’ve had a workout afterwards!

Myth Two: I’m too old to do yoga

To annihilate this myth, one need look no further than B.K.S. Iyengar, founder of the Iyengar style of yoga who, at 93, continues to practise regularly. Or, closer to home, to my 60-something mother-in- law who first tried yoga two years ago and is now hooked.

What many people don’t realise is that most postures have variations designed to accommodate students of all levels. Older or less flexible readers who are considering starting yoga should choose a gentle style and discuss any concerns or health issues with their teacher beforehand, but could certainly get great benefits from regular practise.

Really? Fancy telling that to heavyweight boxer Evander Holyfield, legendary footballer Ryan Giggs or the Welsh Rugby team, all of whom regularly practise yoga? As Monika Hamilton, of Bodhi Tree Yoga, says: “I think the misconception that yoga is just about flexibility puts men off. Yoga is also about strength and balance, and a strong, flexible muscle is less prone to injury. Many top athletes are catching on to this and incorporating yoga in their training routines.”

But regular guys are catching on too and incorporating yoga into their exercise regimes. According to South African instructors, in a class of twenty, there would have been only one or two men a few years ago, but nowadays that number is often closer to half the class.

Myth Four: Yoga is religious and involves lots of chanting and “hippy nonsense”

Can yoga be a spiritual activity? Yes, undoubtedly. Does it have to be? Certainly not.

Most yoga teachers agree that many Westerners who start yoga do so for the physical benefits. Yoga classes involve linking physical postures with your breathing to focus your attention purely upon yourself. Some people report spiritual experiences as a result of this inward focus and go on to explore the broader aspects of yoga, such as meditation techniques and yogic philosophies. But many don’t, preferring to see yoga as a physical work-out.

And is yoga a religion? As Phil Catalfo, writing in the Yoga Journal points out: “Yoga has no singular creed, nor does it have any ritual by which adherents profess their faith or allegiance, such as baptism or confirmation. There are no religious obligations, such as attending weekly worship services, receiving sacraments, fasting on certain days, or performing a devotional pilgrimage.”

Perhaps the best advice is to research the style you plan to try before attending your first class. Many types of yoga don’t involve any chanting or philosophical discussions. By choosing one of the more physically-focused styles for your first class, you can rest assured that no-one will force anything upon you, and that you can choose to move on to explore the spiritual aspects of yoga later – if that’s what you want of course!

Yoga can offer a huge range of benefits to a broad range of people – young, old, male and female. Get out there and give it a try – you might be pleasantly surprised!

We live in a world where facts and fiction get blurred
In times of uncertainty you need journalism you can trust. For 14 free days, you can have access to a world of in-depth analyses, investigative journalism, top opinions and a range of features. Journalism strengthens democracy. Invest in the future today. Thereafter you will be billed R75 per month. You can cancel anytime and if you cancel within 14 days you won't be billed.
Subscribe to News24
Next on Health24
Yoga 101: Keen to get going but don't know where to start? Here are some of the styles to know