Tauhira Dean
Share
As a yoga student, you'll learn that there are many styles of yoga with varying levels of intensity, and as you progress, you'll be able to decide which style works best for you.

If you're looking to find your centre and strengthen your muscles while shedding a few kilos, Vinyasa yoga may be the style for you.

A Vinyasa yoga practice doesn't follow a system or lineage, nor does it follow a guru or hierarchy. It is a modern style of yoga, descended from the Ashtanga Vinyasa Yoga tradition. Ashtanga Vinyasa, in turn, is derived from the teachings of Sri Krishnamacharya, who taught that for an asana to be effective, the movements between the asanas must also be considered.

Sri Tirumalai Krishnamacharya travelled to the Himalayas in 1916 to learn yoga and is considered the grandfather of modern yoga. In the 1930s, Krishnamacharya began teaching yoga in Mysore, India and later in Madras, to Indian and Western students. He led a diverse practice with more traditional and original forms of Ashtanga Yoga in Mysore but later changed his style to Viniyoga.

Vinyasa comes from two words, nyasa, meaning "to place" and vi, meaning "in a special way". This means that we aren't just "throwing our bodies around" but are making conscious, deliberate choices in the execution of each moment.

In a Vinyasa yoga session, movements are coordinated with breathing, moving from one asana to the next. According to the Yoga Journal, Vinyasa is also known as "flow" because of the continuous movement with in- and exhaling through the asanas.

Vinyasa is a dynamic, high-energy style of yoga that focuses on strong, continuous poses, which remain static and steady for long periods. It builds heat in the body, increases strength, and helps to boost the cardiovascular system and digestive systems. Vinyasa is often compared to "power yoga" as its nature is similar to Hatha but at a faster, more vigorous pace.

The emphasis on continuous movement makes Vinyasa yoga distinct from forms like Yin yoga that emphasise static poses. During Vinyasa yoga practice, instead of getting into the posture first, you remain focused on retaining body consciousness and breathing deeply through every movement.

Here is the sequence: 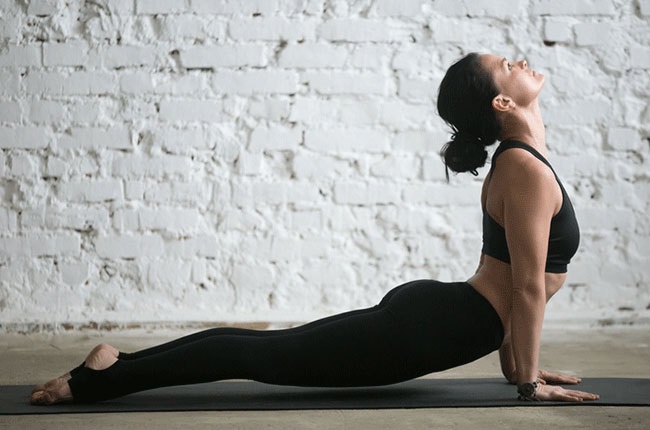 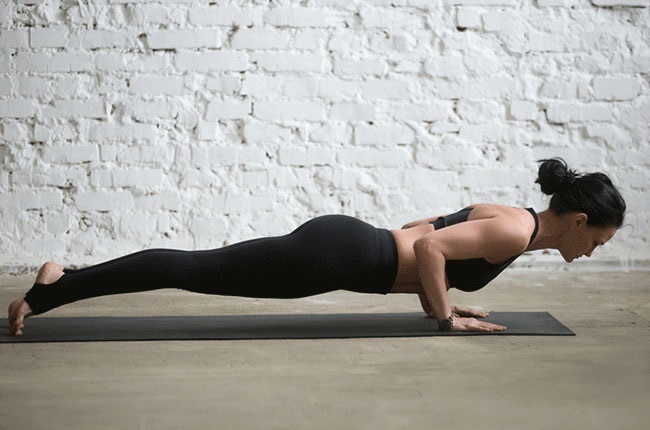 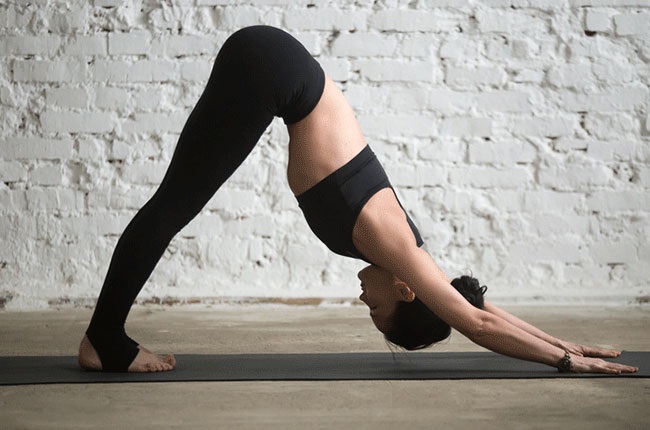 Here are five reasons why you should consider practising Vinyasa yoga:

Practising yoga has many proven physical benefits, including flexibility and reduced joint pain. Through Vinyasa flow, you can reach and strengthen each muscle in your body. Because the style produces warmth, the muscles soften and become more responsive to deep stretching.

Researchers suggest that yoga may have positive benefits in various aspects of body awareness and reduced risk of eating disorders. the mindfulness, self-awareness and empowerment that yoga brings can transform your life. When relaxing into your breathing and becoming aware of yourself, you can increase compassion toward yourself and your physical capabilities.

Yoga has behavioural, physical, and psychological effects that may contribute to weight loss. The continuous flowing movements of Vinyasa burns calories and boosts your metabolism. Studies suggest that with regular practice, one can shed body fat.

It is believed that asanas and pranayamas increase blood flow to the brain, releasing endorphins and reducing ruminative and negative thoughts. Yoga can also help restore energy levels that are depleted by poor posture.

Vinyasa Yoga is all about rhythmic movements timed to the breath. It is more intense than some other styles of yoga. If you're looking for a steady, sweaty flow, go for Vinyasa.

We live in a world where facts and fiction get blurred
In times of uncertainty you need journalism you can trust. For 14 free days, you can have access to a world of in-depth analyses, investigative journalism, top opinions and a range of features. Journalism strengthens democracy. Invest in the future today. Thereafter you will be billed R75 per month. You can cancel anytime and if you cancel within 14 days you won't be billed.
Subscribe to News24
Next on Health24
Yoga styles: Bikram yoga