What happens to your body when you stop exercising? 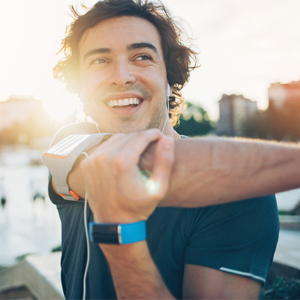 When you stop exercising, your muscles, brain, mood and sleep can be affected.

Taking a short break from exercising is ok. But when that week-long break becomes two and then three and before you know it, it’s been six months since your last workout… your body and health are in trouble.

Here’s what happens to your body when you stop exercising.

You’ll probably notice a decrease in muscle mass, which can happen in as quickly as two weeks. Your bone density, flexibility and overall blood flow also decreases.

When the muscle fibres realise they don’t need to store any more energy (because you’re not using it), they store less glycogen, which results in atrophy, or the shrinking of muscle fibres.

2. Your aerobic system and endurance

He says that the amount of blood that the heart pumps to the body reduces, heart rate increases, cardiac output reduces and your VO2 max (that’s the maximum volume of oxygen your body can use) decreases by about 1% per day.

“You begin to lose endurance capability as well as the ability to perform at higher intensities,” Tom Holland, an exercise physiologist, adds in the same article.

Exercise helps get oxygen to your brain, which can affect your health. Research published in the Frontier in Aging Neuroscience journal looked at endurance runners and the effect skipping exercise had on their brains.

The runners took a 10-day break from exercise – MRIs showed a reduction of blood flow to the hippocampus (the area in your brain associated with memory and emotion). The runners didn’t show any cognitive changes during this period, but the researchers pointed out that more long-term studies need to be done.

“A lack of exercise will lead to higher levels of energy in the body and reduce the need for deep sleep, which could lead to restless or insufficient sleep,” Pete McCall, an expert exercise physiologist at the American Council on Exercise, told Cassie Shortsleeve at Men’s Fitness.

Exercising triggers neurotransmitters (endorphins, serotonin, dopamine), which play a role in mood control. Endorphins make you feel good, which is why you often feel better after exercising.

A 2012 study in the Neuroscience journal says that exercise is a long-term investment when it comes to increased productivity and happiness from day to day.

"Those who had exercised during the preceding month but not on the day of testing generally did better on the memory test than those who had been sedentary, but did not perform nearly as well as those who had worked out that morning,” the authors said.

When it’s ok to skip a workout

Sometimes your body needs a rest to recover. Here are times when it’s ok to slack off on exercising:

We live in a world where facts and fiction get blurred
In times of uncertainty you need journalism you can trust. For only R75 per month, you have access to a world of in-depth analyses, investigative journalism, top opinions and a range of features. Journalism strengthens democracy. Invest in the future today.
Subscribe to News24
Related Links
Common cold: should you sweat it out?
Slash belly fat by 21% by exercising in this sequence
20 of the best exercise tips
Next on Health24
How often should we exercise to get in shape?