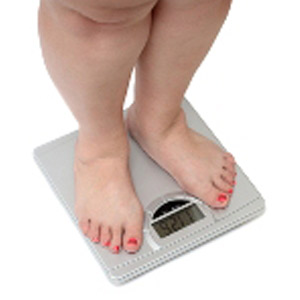 For people who are obese and sedentary, any exercise can help trim belly fat, but it may take a bit more effort to get other health benefits, a new study suggests.

Researchers found that when they got middle-aged, obese adults regularly moving – even with a half-hour of slow walking – it helped them shed a little bit of weight and a couple of inches from their waistlines.

However, it took higher-intensity exercise to lower people's blood sugar levels – which, over the long term, might reduce their risk of type 2 diabetes.

While "higher-intensity" might sound daunting, experts stressed that it's within reason for even dedicated couch potatoes.

Read: Get into tai chi

"The people in this study were middle-aged, sedentary and abdominally obese," said lead researcher Robert Ross, an exercise physiologist at Queen's University in Ontario, Canada. "We didn't have them running. ‘High-intensity' just meant walking briskly on a treadmill," he said.

"It was very doable," added Ross, who reported his team's findings in Annals of Internal Medicine.

A researcher who reviewed the study called it "beautiful work".

That's because there's been so little good research on exercise intensity, and "this study fills a major gap," Church said. "It shows that intensity does matter."

Besides the benefits for blood sugar, Church noted, study participants who exercised at a higher intensity also saw a bigger improvement in their cardiovascular fitness – which is an important factor in the risk of dying from heart disease or stroke.

For the study, Ross and colleagues recruited 300 people in their 40s and 50s who were abdominally obese and got little to no regular exercise. They then randomly assigned everyone to either a "control" group that remained sedentary, or one of three exercise groups.

All of the exercisers came to five supervised sessions a week, for six months. One group did a low amount of low-intensity activity (about a half-hour of slow walking); another group stuck with the low-intensity regimen, but for a longer period (averaging an hour per session); and a fourth got higher-intensity exercise – namely, faster-paced walking.

Read: How Tim Noakes wants you to train

Those fast walkers burned the same number of calories as their slower-paced peers who walked for an hour – but they did it in 40 minutes.

After six months, the investigators found, all three exercise groups had lost a small amount of weight and one or two inches from their waistlines, on average. But only the high-intensity group showed an improvement in blood sugar levels.

"Will this [regimen], if performed for years, lower the risk of type 2 diabetes?" Ross said. "We don't know."

And why would higher-intensity be better for blood sugar control? According to Church, it's likely related to muscle – which is the biggest consumer of blood sugar in the body; put simply, higher-intensity exercise may improve the muscles' ability to pull sugar from the blood.

Not just about body fat

In his own research, Church has found that combining aerobic exercise and strength training is better than either alone for improving blood sugar levels in people who already have diabetes.

According to Ross, the new findings are "good news" for people who are overweight and sedentary-which describes a huge swath of North Americans, he noted.

Read: How to exercise safely during pregnancy

And if regular exercise of any kind sounds daunting, you do not have to jump right into 40 minutes of brisk walking, five days a week, Church pointed out.

"You can build up to it," he said. "The most important step is just getting off the couch."

Feeling depressed? Go for a walk.