Lobsters could hold the key to eternal youth 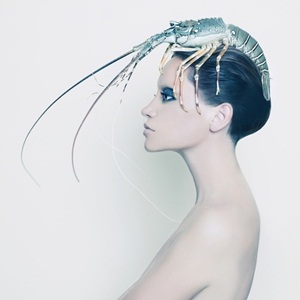 Lobsters don’t show any of the signs of ageing that other organisms do, in fact they grow stronger and more fertile over time. As far as research has shown, lobsters are what is referred to as “biologically immortal”.
This doesn’t mean they can’t die, of course. Diseases, predators and injury can still kill a lobster, but they can’t die of old age, as humans do. Theoretically, a 200 year-old lobster would be no more likely to develop an illness than a 2-year old one.

Read: What is menopause?

The oldest confirmed lobster was discovered in 2009 in Maine, the 9kg monster was estimated to be about 140 years old meaning it was born during the American Civil War and predates both electricity and the motorcar. But even this specimen pales in comparison to a 20kg beast discovered in 1977 which had claws strong enough to snap a man’s arm but was unfortunately not assessed for age.

The key to this incredible longevity lies in something called telomeres. Telomeres lie at the end of every chromosome in your body, as a sort-of protective cap. As your cells divide, telomeres grow shorter and shorter until eventually they break up and disappear, causing the cell to stop dividing and die. After many years, humans may have very few telomeres left, which leads to the degeneration of their body, and their health.

Read: Celebrities who have aged with grace

Lobster's telomeres do not seem to shorten, meaning they experience little to no deterioration of functioning as the years go by.

The reason for this phenomenon isn't fully understood, but if it can be unravelled it is likely to be of huge interest to scientists looking to help us live longer. The range of applications for such knowledge would be huge.

Read more:
Ageing with HIV
Ageing and sexuality
Anti-ageing: beat the clock
Image credit: Lobster from Shutterstock
We live in a world where facts and fiction get blurred
In times of uncertainty you need journalism you can trust. For 14 free days, you can have access to a world of in-depth analyses, investigative journalism, top opinions and a range of features. Journalism strengthens democracy. Invest in the future today. Thereafter you will be billed R75 per month. You can cancel anytime and if you cancel within 14 days you won't be billed.
Subscribe to News24
Related Links
Women don't stop having sex as they grow older
Tweaking an exercise routine to stay strong after 50
Why smoking makes you look old
Next on Health24
Many people stay optimistic until old age hits