The deadliest plastic for seabirds? Balloons 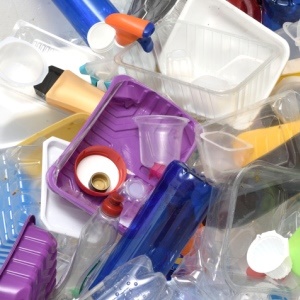 No plastic is good for seabirds, but new Australian research finds that balloon bits pose the most deadly threat to marine life.

"Balloons, or balloon fragments, were the marine debris most likely to cause mortality, and they killed almost one in five of the seabirds that ingested them," said study author Lauren Roman, a PhD student at the University of Tasmania's Institute for Marine and Antarctic Studies.

"Although soft plastics [like balloons] accounted for just 5% of the items ingested, they were responsible for more than 40% of the mortalities," she reported.

Roman and her team found that the risk of death for a seabird that ingested a single piece of plastic was 20%, rising to 50% for nine items, and 100% for 93 items.

"However, the relationship between the amount or type of debris that a seabird ingests and mortality remains poorly understood," she added.

"Among the birds we studied, the leading cause of death was blockage of the gastrointestinal tract, followed by infections or other complications caused by gastrointestinal obstructions," Roman said.

The evidence is clear

"As similar research into plastic ingestion by sea turtles has found, it appears that while hard plastic fragments may pass quickly through the gut, soft plastics are more likely to become compacted and cause fatal obstructions," Roman explained.

But while "hard plastics are less likely to kill than soft plastics, they were still responsible for more than half of the seabird deaths identified in our study," she said.

"The evidence is clear that if we want to stop seabirds from dying from plastic ingestion, we need to reduce or remove marine debris from their environment, particularly balloons," Roman concluded.

We live in a world where facts and fiction get blurred
In times of uncertainty you need journalism you can trust. For only R75 per month, you have access to a world of in-depth analyses, investigative journalism, top opinions and a range of features. Journalism strengthens democracy. Invest in the future today.
Subscribe to News24
Related Links
You probably have microplastics in your poop
Soccer stars Mesut Ozil and Mathieu Flamini are saving the planet
Your fast-food packaging may be toxic
Next on Health24
Hunting, harvesting leave big animals at risk of extinction