Is your garden soil toxic? 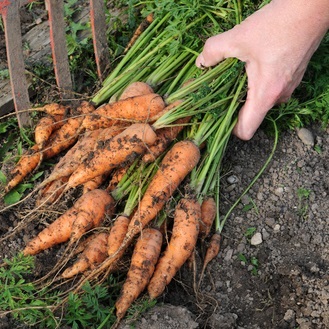 Shutterstock
Urban farming is hailed as one of the best ways to boost health, strengthen food security and shrink the giant carbon footprint of commercial agriculture.

But cities are polluted, and pollutants can get deposited in soil, that of leafy gardens and thriving vegetable patches too.

Lead, for example, the most common such contaminant, makes its way into soil and onto plants from petrol emissions, old building rubble and industrial processes. Once in the soil, it’s not easily removed, and can persist even if cities clean up their act with measures like introducing lead-free fuel.

In South Africa, where the concept of community and school food gardens is being actively promoted, environmental health scientists are concerned that this might lead to toxin exposures from eating the produce -- especially in historically poor areas located near mine tailings or factories.

The health benefits of a vegetable patch, in most cases, will outweigh exposure to soil contaminants -- so don’t stop growing and eating your own food.

Short of a major toxic spill or high occupational exposures, most toxins we encounter in the environment, taken singly, don’t pose a major health risk – at least not that we know of at this point.

But studies on toxin exposure tend to look at the effects of single chemicals, which, at low levels, are hard to link to significant health effects. We don’t just encounter one or two chemicals from one or two identifiable sources in our lifetimes however: we encounter multiple chemicals from multiple sources, and scientists don’t yet know what these may be doing to us in the long term.

So while we’re waiting for more reliable information, we should surely aim to ease the “chemical load” on our bodies whenever possible -- including using the following methods to ensure "clean eating" from city gardens.

How to avoid soil contamination

For real peace of mind, you can get your soil professionally tested. If you find your soil is contaminated, or you don’t want the bother and expense of professional testing, here’s how to protect yourself:
Kids especially vulnerable

We live in a world where facts and fiction get blurred
In times of uncertainty you need journalism you can trust. For 14 free days, you can have access to a world of in-depth analyses, investigative journalism, top opinions and a range of features. Journalism strengthens democracy. Invest in the future today. Thereafter you will be billed R75 per month. You can cancel anytime and if you cancel within 14 days you won't be billed.
Subscribe to News24
Next on Health24
Planet already seeing temperatures beyond human tolerance