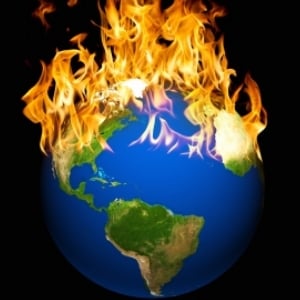 Although the spectre of climate change typically raises concerns about acute events such as hurricanes, droughts and heat waves, new research suggests that global warming may have a much broader chronic impact: the permanent unravelling of worker productivity due to extreme and enduring heat stress.

The problem: As greenhouse gas emissions rise, so does humidity, say scientists who support the theory of global warming. This means that today's steaming hot tropical and mid-latitude regions will increase in size, heat and discomfort, making it impossible for unprotected outdoor labourers to work productively or safely during the hottest times of the year.

Over the past few decades, climate change has already prompted global working capacity to drop, on average, to 90% during the peak summer season, the authors of the new study said. Worst-case projections envision a continuing plummet to levels under 40% by the year 2200.

"The gist is that this problem is going to get a lot more severe in the future," said study lead author John Dunne, an oceanographer with the National Oceanic and Atmospheric Administration's Geophysical Fluid Dynamics Laboratory, in Princeton, NJ. "And while the human population has a lot of adaptations for heat stress, we need to have guidelines and be prepared."

Dunne and his colleagues discuss their observations in a research letter published in the of the journal Nature Climate Change.

The US National Institutes of Health noted that the combination of extreme heat and humidity can be hazardous, resulting in heat exhaustion, heat stroke, dizziness, cramping and rashes.

To conduct its analysis, the study authors first pored over data from the lab's Earth System Model as well as information collected by the US National Centers for Environmental Prediction and the National Center for Atmospheric Research. Collectively the numbers helped to paint a complex picture regarding climate-change consequences for a period that began in 1861 and stretches out to 2200.

In terms of temperature alone, this metric put one goal post at 77 degrees Fahrenheit, a point at which work activity is not limited by weather. On the other end, 90 degrees was viewed as a "black flag" condition, in which no outdoor activity would be considered safe.

By establishing the 1861 to 1960 period as a base reference, the study authors determined that today's current temperatures reveal that the globe has already warmed by nearly 2 degrees.

That figure, they said, is expected to double by 2050, prompting unsafe heat-stress conditions that will cause global working capacity to fall to 80%, on average. This means that, all things equal, during the hottest months labourers in such heat-stress zones would have to work 20% less than they could have before 1960, Dunne said.

Going forward, many possible scenarios could come into play, Dunne said, depending on shifting greenhouse-gas emission levels, which the team characterised as an "uncertainty" driven by technology, policy and population growth.

But the team calculated that even a relatively good scenario would see a nearly 3.6-degree bump by 2200, translating into a labour-capacity slide down to 75%.

And the worst-case scenario? A global drop in worker capacity to less than 35%.

"It's also important to understand that that's just a global average," Dunne stressed. "In some places the situation will be much worse than others. For example, in New York the temperature will rise to [84 degrees], whereas in Bahrain, which is at [nearly 83 degrees] now, it will go up to [96 degrees], which is above skin temperature."

"That means a person there would be in perpetual heat stress absent air conditioning," he said. "[In Bahrain], no climatologically safe occupational labour would be allowable during the hottest months of the year, even at night. Effectively, worker capacity would be zero."

Another expert weighed in on the issue.

"We're talking about a situation that is very insidious because it's so subtle," said Solomon Hsiang, who in 2010, as a postdoctoral fellow at Princeton University's Woodrow Wilson School of Public and International Affairs, published a paper raising questions about the impact of global heat stress.

"The problem is that one individual may not necessarily notice if the risk of heat stress makes him or her 1% less productive," said Hsiang, now an assistant professor with the Goldman School of Public Policy at the University of California, Berkeley. "But if you make a billion people 1% less productive, that will have a huge global impact."

To learn more about heat stress, visit the US National Institutes of Health.

We live in a world where facts and fiction get blurred
In times of uncertainty you need journalism you can trust. For 14 free days, you can have access to a world of in-depth analyses, investigative journalism, top opinions and a range of features. Journalism strengthens democracy. Invest in the future today. Thereafter you will be billed R75 per month. You can cancel anytime and if you cancel within 14 days you won't be billed.
Subscribe to News24
Related Links
What is global warming?
Hot Topic
Next on Health24
Pollution causes 9 million deaths every year but it's not taken seriously, new research says