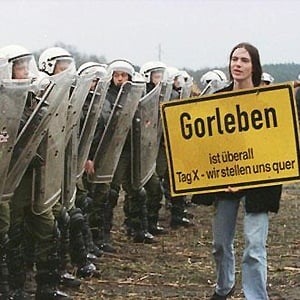 After decades of studies, scientists now agree that underground storage is the best option, but finding a community willing to host a radioactive dump site is difficult.

Here we list what's being done by the world's biggest nuclear energy producers but it has to be noted that not everyone agrees with their methods, and these include environmentalists and experts in the field of nuclear waste disposal.

Read: Exactly what is nuclear waste?

Here is how some countries are tackling the issue if nuclear waste:

For years, Japan has struggled to find a site to safely store highly radioactive waste from nuclear power plants that will remain active for as long as 100 000 years.

It seeks to continue its fuel recycling programme and envisions an underground facility that can store more than 40 000 vitrified waste cylinders, each weighing half a ton and enclosed in a thick steel canister and an additional thick layer of clay, at a site 300 meters (990 feet) underground or deeper.

The 3.5 trillion yen ($35 billion) repository is planned for launch by 2040, but a delay is likely given the lack of site candidates.

Image: Diagram of a vitrified waste cylinder and how it will be stored underground. From NuclearNews.net

A plan to dispose of spent fuel rods from commercial power plants and high-level waste from the country's weapons program at a 500-meter-deep (1 640-foot-deep) underground site at Yucca Mountain in Nevada failed in 2009 after more than $90 billion was spent.

The government is now looking at extending the use of interim "dry cask" storage for spent fuel to buy time until it can find a new site for a possible 2048 launch.

Image: Diagram of how dry cask storage works. From Thinkclimateconsulting.com.au

One of the world's most successful models, a current test site, called Onkalo, which means "cave," will be used as a final repository starting around 2020 to dispose of 9,000 tons of spent fuel without reprocessing, to be stored in protective casks. The site will be located as deep as 450 meters (1 480 feet) underground on hard crystalline bedrock.

Watch: Video explaining how some countries are disposing of nuclear waste, with special focus on Finland's Onkalo project. It also mentions the documentary Into Eternity that explores the long-term ramifications of storing nuclear waste. Watch Into Eternity here.

Another successful model, Sweden is expecting to start construction next year on a 500-meter (1 640-foot) - deep repository to dispose of 12 000 tons of spent fuel, without reprocessing, for a planned launch in 2029. The project has so far cost about $7.4 billion since 1990.

Image: Sketches of the underground Spent Fuel Repository at Forsmark in Söderviken, close to the Forsmark Nuclear Power Plant. Here, at a depth of approximately 500 metres in bedrock that is 1.9 billion years old, plans are underway for a final repository for some 12,000 tonnes of spent nuclear fuel. From SKB.se

The country has identified a candidate site near its deep underground research site in the northeast town of Bure, to be located as deep as 500 meters (1,640 feet) underground on clay bedrock. It will store vitrified waste and high-level waste from the country's fuel reprocessing program, for a planned launch around 2025.

Image: How Centre Industriel de Stockage Géologique (Cigéo) would expand underground through a natural layer of clay in Bure, France. By Andra for World Nuclear News.

The country has a fuel reprocessing policy, but not all spent fuel is expected to be recycled. Britain has not found a research venue or a final repository, though its Nuclear Decommissioning Authority has been searching since 2008. Under the current plan, Britain will dig as deep as 1,000 meters (3,300 feet) to create a repository, for a possible launch by the late 2050s.

According to an article in The Telegraph, The UK Department for Energy and Climate Change asked councils to “volunteer” to store nuclear waste four years ago, following the “Managing Radioactive Waste Safely” White Paper.

The request was met with silence, until three West Cumbrian councils suggested that they might be willing to store more waste around the existing Sellafield power station.

Under Germany's nuclear phase-out policy, all power stations are to be closed by around 2022. Spent fuel is being managed jointly by the utilities for interim storage until final disposal by the federal government.

Separated high-level waste from past reprocessing in France and Britain will return to Germany by 2022 for final disposal. The northern town of Gorleben's salt dome is considered a potential site for geological disposal, with a planned launch around 2035.

However, not all are in favour of the move, with environmentalists and experts warning against the dangers of transporting nuclear waste through the countryside and possible future risk of a disaster at Gorleben.

Image: Inside the Gorleben salt mine, from Spiegel.de.

What happens during a nuclear meltdown?
What really happened at Chernobyl?
The link between nuclear plants and leukemia in children