Why mosquitoes bite us 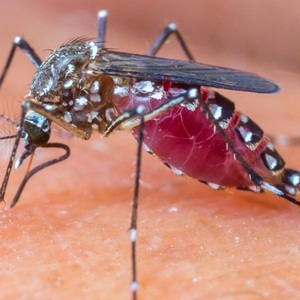 Shutterstock
Researchers have learned more about how mosquitoes detect skin odour, and they say their findings could lead to better repellents and traps.

The new study found that the neurons used to detect carbon dioxide are also used to identify skin odour. This means it should be easier to find ways to block mosquitoes' ability to zero in on people, according to the study's authors. The findings appeared in the journal Cell.

"These findings open up very realistic possibilities of developing ways to use simple, natural, affordable and pleasant odours to prevent mosquitoes from finding humans," senior author Anandasankar Ray, of the University of California, Riverside, said in a journal news release.

"The powerful experimental approaches we have developed will help us find potential solutions that we could use not only here in the United States but also in Africa, Asia and South America, where affordability is key in the war against these diseases," Ray said.

"The insect olfactory system is an excellent target to manipulate their attraction to humans and other prey," Ray said. "We believe that this study will be the foundation for the discovery of a new generation of mosquito-behaviour-modifying approaches."

The US Centres for Disease Control and Prevention has more about mosquito-borne diseases and the mosquito menace.