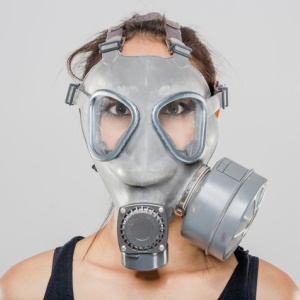 Air pollution has a negative effect on our health.

Legislation introduced in 2006 required at least 9% of new medallions, or licenses, for yellow cabs be set aside for hybrid or compressed natural gas vehicles. It also encouraged companies to purchase low-emission taxis.

As a result, nitrous oxide emissions from the taxi fleet dropped 82% and particulate exhaust emissions fell 49%.

Even though the clean-air taxi law does not apply to 100 000 other for-hire vehicles such as from Uber and Lyft, the declines were associated with decreased air pollution in the city, according to the Columbia University and Drexel University researchers.

"The past decade has seen steady improvements in the quality of air in New York City, and clean-air taxis appear to be one contributing factor," said study author Dustin Fry, a doctoral research fellow at Drexel University's Dornsife School of Public Health in Philadelphia.

"This is good news for New Yorkers' health since we know air pollution raises the risks of low birth weight and asthma in children," Fry added in a Columbia news release.

"Even though overall, yellow taxis account for a small proportion of vehicular miles travelled on New York City's streets, in midtown they account for almost half," said Perera. She is director of translational research at the Columbia Center for Children's Environmental Health in New York City.

"Similar regulations targeting other vehicles could make an even bigger difference," Perera noted.

The study was published in the Journal of Exposure Science and Environmental Epidemiology.

We live in a world where facts and fiction get blurred
In times of uncertainty you need journalism you can trust. For only R75 per month, you have access to a world of in-depth analyses, investigative journalism, top opinions and a range of features. Journalism strengthens democracy. Invest in the future today.
Subscribe to News24
Related Links
Plants clean air pollution
Cleaner air linked to lower asthma rates in kids
Air pollution doesn't just make it hard to breathe - on really bad days, it has a knock-on effect...
Next on Health24
Autopsies show microplastics in all major human organs