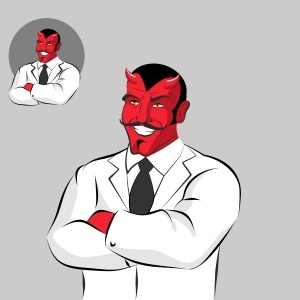 Research has shown that illness frequently results in "days out of role", which naturally impacts on productivity.

It is estimated that South African businesses are losing as much as 17% of their payroll every year due to absenteeism, which is compromising individual businesses and affecting national competitiveness.

Highlighting this problem, the Inspectorate office in the Western Cape of the Health Professions Council of South Africa (HPCSA), together with the Department of Health, the Medicines Control Council and Police Crime Intelligence recently embarked on a joint operation to bust local doctors who have been practicing illegally, fraudulently and employing unregistered doctors to treat unsuspecting patients.

Dr Rasheed Mahfouz of the Western Cape region was arrested on suspicion of operating an illegal practice. He has been suspended following an unethical conduct ruling against him by the HPCSA in May 2015, after he was found guilty of practising outside the scope of his profession.

The practice Dr Mahfouz was practising from belongs to a Dr Lotter, and sick note pads bearing the doctors' signatures were confiscated, as well as medical aid claims. At the scene of the arrest some members of public expressed frustration over the arrest as they bought sick notes from him.

Dr Mahfouz and his partner, Dr Lobey Bola a Congolese "locum doctor", were dispensing medicines from Schedule 1 to schedule 5, some of which had expired, from the practice belonging to Dr Lotter.

The administration staff working for the doctor were being paid in cash on a daily basis and did not have a record of their salaries. They also revealed four other practices run by the doctors, operating under Dr Augustus in Dunoon, Paarl and also two more in Khayelitsha. The HPCSA has established that although Dr Augustus was still registered with the Council, his practice was based in Fort Beaufort in the Eastern Cape and has since retired.

During the questioning, Dr Mafhouz refuted any claims of being suspended but later admitted he was appealing the decision. He also admitted to hiring Dr Bola without verification of his credentials. With regards to his dispensing license, he showed law enforcement officials his certificates on courses completed in medicine dispensation, citing he was not aware it was not a licence.

The HPCSA’s mandate is to protect the public and guide the professions through ensuring enforcement and compliance from the practitioners in line with the provisions of the Health Professions Act. Illegal practitioners are not only breaking the law but they are putting people’s lives at risk.

We live in a world where facts and fiction get blurred
In times of uncertainty you need journalism you can trust. For 14 free days, you can have access to a world of in-depth analyses, investigative journalism, top opinions and a range of features. Journalism strengthens democracy. Invest in the future today. Thereafter you will be billed R75 per month. You can cancel anytime and if you cancel within 14 days you won't be billed.
Subscribe to News24
Next on Health24
Some employees hate team bonding activities, so they should be made entirely voluntary, say researchers