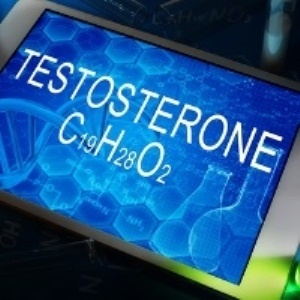 High levels of the sex hormone testosterone may trigger different health problems in men and women, a new study reveals.

"Our findings provide unique insights into the disease impacts of testosterone. In particular, they emphasize the importance of considering men and women separately in studies, as we saw opposite effects for testosterone on diabetes," said lead researcher Katherine Ruth, of the University of Exeter in the United Kingdom.

"Caution is needed in using our results to justify use of testosterone supplements until we can do similar studies of testosterone with other diseases, especially cardiovascular disease," Ruth explained in a University of Cambridge news release.

Dr Joel Zonszein, an emeritus professor of medicine at Albert Einstein College of Medicine in New York City, said there is a "sweet spot" of normal values for men and women. "Too much is not good, and too little is also bad," he explained.

"Testosterone supplementation is widely used in both men and women with normal values with no good evidence of benefit. Testosterone replacement in truly deficient individuals is something else," said Zonszein, who had no role in the study.

For the study, British researchers collected genetic data on more than 425 000 men and women listed in the UK Biobank. The investigators found more than 2 500 genetic variations associated with levels of testosterone and the protein that binds it – sex hormone-binding globulin.

The researchers checked their results with analyses of other relevant studies and used a randomisation method to see if associations between testosterone and disease are causal.

Not so good for women

In men, however, a high testosterone level was linked to a 14% lower risk of developing type 2 diabetes, the findings showed.

"The findings in men that higher testosterone has a protective effect and reduces the risk of type 2 diabetes is news to me," Zonszein said. "This needs to be shown by other studies and its mechanism needs to be elucidated."

Dr Minisha Sood, an endocrinologist at Lenox Hill Hospital in New York City, said that testosterone may not be as protective in women because it converts to estradiol, which is related to the risk for breast cancer.

"High levels of testosterone in women have also been shown to increase visceral fat, which is linked to the components of metabolic syndrome," Sood said.

That men with high testosterone are at lower risk of developing type 2 diabetes is likely related to having more lean muscle mass, which improves insulin sensitivity and reduces the likelihood of type 2 diabetes, she said.

But Sood isn't a fan of men using testosterone supplements to ward off diabetes.

"Testosterone therapy comes with potential risks, including a high red blood cell count and higher rates of high-grade prostate cancer if a man is already predisposed to develop prostate cancer," she said.

"This approach is preferred in that population over testosterone replacement whenever possible," Sood said.

We live in a world where facts and fiction get blurred
In times of uncertainty you need journalism you can trust. For 14 free days, you can have access to a world of in-depth analyses, investigative journalism, top opinions and a range of features. Journalism strengthens democracy. Invest in the future today. Thereafter you will be billed R75 per month. You can cancel anytime and if you cancel within 14 days you won't be billed.
Subscribe to News24
Related Links
How testosterone supplements could double men's odds for blood clots
Transgender hormone therapy could pose heart dangers
Testosterone therapy may threaten the heart
Next on Health24
How virtual reality can bring you real-life pain