What exactly is free bleeding – and should you do it? 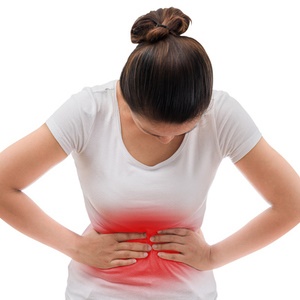 What if you did nothing to stop the flow of your menstrual blood?

Most of us use a tampon (or a pad, menstrual cup, or period panties) whenever our period rolls around. But if you’ve heard more about free bleeding – aka using nothing during your period – you probably have some questions.

While free bleeding is pretty much exactly what it sounds like, the details of it are still a little hazy to anyone who hasn’t tried it out. Here’s what you should know about free bleeding.

What is free bleeding?

Free bleeding is when you don’t do anything to block or collect your period blood. As a result, things can get messy (I’m talking a few underwear or wardrobe changes throughout the day).

There are, of course, period panties (like Moontime reusable pads) and period-proof running shorts, which may help you ease into free bleeding. But if you’re going to free bleed for real, the idea is to go period product-free … completely.

Of course, free bleeding isn’t exactly a new thing. In fact, menstrual blood was thought of as "magical" in ancient times, explains Dr Jennifer Wider, author of The Savvy Woman Patient. Wider says it wasn’t until the late 19th century that issues of cleanliness were brought up and sanitary belts and tampons were later invented.

More recently, Drummer Kiran Gandhi ran the 2015 London Marathon while free bleeding. “I ran with blood dripping down my legs for sisters who don’t have access to tampons and sisters who, despite cramping and pain, hide it away and pretend like it doesn’t exist,” she said in post on her personal blog, explaining why she did it.

Kiran’s not alone. Other women choose to free bleed to bring awareness to those without access to feminine hygiene products, while others do it to shed the stigma attached to period blood (and having a period at all). Still others may just feel more comfortable going without tampons and pads. Regardless of the reason, free bleeding is an incredibly personal choice.

Read more: 5 alternatives to pads and tampons you should think about trying

Are there any health benefits to free bleeding?

Well, when you subtract tampons from the equation, you significantly reduce your risk of developing toxic shock syndrome (TSS), a life-threatening complication you can get when you leave a tampon in for too long, says Wider. (Tip: Tampons should only be left in for eight hours, max). But you can also slash that risk by using pads.

Ultimately, there haven’t been any proven health benefits to free bleeding (though it may be more comfortable for women, versus wearing a tampon, pad, or menstrual cup). Some even say it feels, well, freeing. “Women who free bleed often describe it as liberating and feel that it is nothing they need to hide or feel ashamed of,” says Wider. “It’s really a personal choice.”

We live in a world where facts and fiction get blurred
In times of uncertainty you need journalism you can trust. For only R75 per month, you have access to a world of in-depth analyses, investigative journalism, top opinions and a range of features. Journalism strengthens democracy. Invest in the future today.
Subscribe to News24
Related Links
Sisters supplying disadvantaged schoolgirls in Ikageng with sanitary pads
Menstruation after the pill
'Period comfort walls' may soon be found in bathrooms
Next on Health24
Having 'brown fat' may protect against several chronic diseases – but what exactly is it?