What we learnt from Riky Rick on fitness and fatherhood 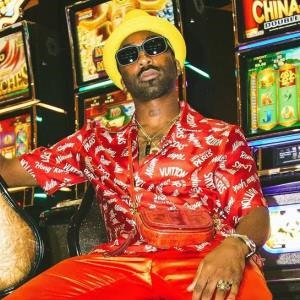 South African rap king Riky Rick took time out of his busy schedule to sit down with MH. The 31-year-old, who recently made history by becoming the first hip hop artist to land a red seat on The Voice South Africa, told us how he eats healthy on tour and why the "unhealthy rapper" stereotype is a thing of the past.

You’re working with various brands, you have your music, and now you’re on The Voice. What’s a day in your life?

“No day is ever the same but my time has shifted between trying to get out great products,” he says. “Music has always been my primary product, but now my product has shifted between festivals, doing events, and getting into merchandising. So every day it’s almost like there is always something new to me. And if I’m not doing something, I’m researching what the next [big] thing is to do.

Read more: 4 of Chad Saaiman’s signature looks, and how to pull them off

“That’s what it’s basically like, and then weekends I have shows; so it’s always trying to discover what to do next.”

Do you still have the time to keep fit?

“I keep fit; I run about 15km a week. But I would like to keep more fit, but once I get into it it takes a lot of my time. I don’t go to gym, all I do is run; when I run I get into it heavily, when I stop, I stop completely — so it’s [tough] trying to balance that.”

Musicians are seen to lead unhealthy lifestyles in the media. You’re always on the road, so do you find the time for a healthy diet?

According to the rapper, people have had a serious misconception. “I eat healthy in general. I try not eat processed foods too much, or eat fast foods. I try to eat healthy as much as possible and drink water.”

With the rapper’s eating habits changing over the years — there are no more big meals for the Riky Rick. “I don’t eat too much meat anymore, I don’t eat big meals anymore — I eat smaller meals and I don’t eat as much as I used to eat, so even on the road I try to teach myself not to eat every time I’m feeling bored.”

It’s a mental game, he says. “It mustn’t be like an emotional decision, ‘it’s the morning I need to eat, or it’s 12 o’clock I need to eat,’ I almost eat [only] to keep my energy levels up — and that’s eating small amounts throughout the day and never eating too big.”

How has your life changed as a dad, and what’s your number one tip for dads out there?

“And we’ll get closer to becoming the good parents that are shown out there on TV and the media, the more we try fix those small little gaps that people are seemingly fine to go without.”

With Riky adding that it all comes down to role models: “It’s hard to be responsible when you don’t see people around you being responsible. So, for me it’s about filling in the gaps that a lot of us have missed out on [growing up].”

You’ve had such an influence in SA, both in music and style — what do you draw inspiration from?

Riky Rick is all about keeping it simple, nowadays, with his bold and "outrageous" style choices a thing of the past. “Right now, I’m influenced by simplicity — in my house I’ve decluttered. So with my fashion, now I’m trying to declutter and make everything technical,” he says.

“Before, it was trying to do the most outrageous thing possible, which I found a lot of joy in; finding outrageous concepts that people are going to remember forever. But now it’s like I’m trying to declutter and clean it up, make everything more functional, make fashion more functional,” he adds.

Do you feel the SA music industry is being noticed more globally?

“Africa as a whole is starting to get its props. I think in South Africa, we’re very possessive about our talent here and it makes us very specific to the South African market,” says the rapper who first taught himself how to produce music as part of a school project.

“But now artists are starting to go out of the South African space and we’ve got a lot of new artists who are travelling the world and taking sound everywhere. So that’s developing in that sense, but we definitely still have a long way to go in terms of exporting our sound.”

What can we expect from you going forward musically?

“I always say, right now I’m trying to get on like a Michelangelo level of music, so people can expect for music to take time and for us to take our time with it, but everything will be an art piece by the time we release,” he says. “I’m out of the cycle of trying to release for seasons, I was in that cycle and now I’m not in that cycle anymore, I’m trying to make art pieces.”

We live in a world where facts and fiction get blurred
In times of uncertainty you need journalism you can trust. For only R75 per month, you have access to a world of in-depth analyses, investigative journalism, top opinions and a range of features. Journalism strengthens democracy. Invest in the future today.
Subscribe to News24
Related Links
Fatherhood can help change a man's bad habits
Fatherhood may alter the brain
Cooking at home can help you lose weight and drop body fat
Next on Health24
Having 'brown fat' may protect against several chronic diseases – but what exactly is it?