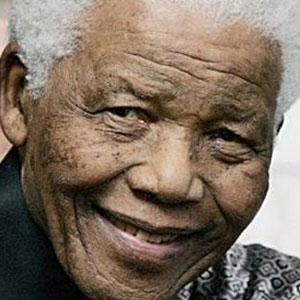 AFP
Nelson Rolihlahla Mandela was always a very healthy man, especially considering the 27 years he spent in prison. Several of these years were spent doing hard labour in the stone quarries on Robben Island.

The former president and anti-apartheid icon reached the ripe old age of 95 – a feat which few South Africans are able to manage.

There seem to be only three major health problems he experienced:

Here's more about each of these conditions.

While Mandela was imprisoned during apartheid, he contracted tuberculosis (TB). This was in 1988, while he was in Pollsmoor Prison. Fortunately for him, drug-resistant TB did not yet exist and he was treated and cured within four months, before the disease could progress to the more dangerous advanced stages.

According to the website South African History Online, Mandela was initially admitted to the Tygerberg Hospital where he remained for six weeks and was diagnosed with tuberculosis. From there he was moved to Constantiaberg Clinic where he was treated for TB. In December of that year he was moved to the Victor Verster Prison outside Paarl, from where he was released in 1990.

In South Africa TB has reached epidemic proportions, with the WHO confirming that we have one of the world's worst TB situations. In the Western Cape the infection rate is about 900 cases per 100 000 people and interestingly, nearly half of all TB patients are HIV-positive.

Though Mandela fully recovered from tuberculosis, the disease left him with damaged lungs which made him susceptible to recurring infections.

In December 2012 Mandela spent almost three weeks in hospital to undergo treatment for a lung infection and gallstones. This was his longest period in hospital since leaving prison in 1990.

In March and April 2013, Madiba was hospitalised again – this time for pneumonia. Pneumonia is a lung infection that affects one or both of the lungs and is caused by bacteria or viruses. While it is a disease that can affect people of all ages, it is more common among the elderly.

On 8 June 2013, Mandela was hospitalised at Pretoria’s Mediclinic Heart Hospital for a "recurring lung infection". Government officials described Mandela’s condition as "serious but stable" and said he was able to breathe on his own. At the time, they did not confirm whether it was pneumonia. His condition, however, became critical and there were reports that he was breathing with the assistance of a life support ventilator.

On 1 September 2013, After almost three months in hospital, Mandela was moved to his Houghton home in Johannesburg which had been reconfigured to allow him to receive 24-hour intensive care from a team of 22 doctors. His condition remained "critical" and at times "unstable". It is here that he died on 5 December 2013.

In July 1994 Mandela underwent an operation to remove a cataract.

The operation, lasting three hours, was longer than normal for such a procedure, as the surgeon (Dr Percy Amoils) had to make a larger-than-usual incision and redirect the tear-ducts because of damage caused by light and dust in the limestone quarry on Robben Island.

Mandela and other political prisoners on the island were forced to break limestone rocks in the quarry without protective eye gear. Upon their release, an ophthalmologist examined the prisoners and found that many had cataracts formed due to damage caused by light and limedust.

Cataracts are the clouding of the normally clear lens portion of the eye. This is a gradual process that can eventually impair vision.

Cataracts are the leading cause of blindness worldwide, accounting for almost 20 million cases. Despite this number, the disease is one of the less serious eye disorders, as surgery can restore lost vision in most cases.

Diagnosis of cataracts is primarily based on medical history and eye examination, and the only treatment for cataract at present is surgery. Usually cataract surgery is safe, fast and virtually painless and also one of the most common surgeries performed. Improvement in vision after surgery depends on the initial health of the eye and the operative result.

Mandela was diagnosed with prostate cancer in July 2001 – his office announced the news shortly after his 83rd birthday on 18 July.

According to reports at the time his cancer was not of a high grade. He received hormonal treatment (anti-androgens) for a while and also underwent a seven-week course of radiotherapy as an out-patient. The treatment was localised to the prostate gland and he did not require any surgery or chemotherapy.

Mandela had been monitored regularly for the prostate specific antigen (PSA) that indicates cancer. Although the clinical picture revealed no alteration in his status, there had been a slight rise in the blood level of the PSA.

The good news is that early prostate cancer is curable. Cancer localised to the prostate gland - as diagnosed in Mandela - can be cured by radical prostatectomy or radiotherapy, whereas metastatic prostate cancer can be controlled by hormonal treatment.

We live in a world where facts and fiction get blurred
In times of uncertainty you need journalism you can trust. For only R75 per month, you have access to a world of in-depth analyses, investigative journalism, top opinions and a range of features. Journalism strengthens democracy. Invest in the future today.
Subscribe to News24
Next on Health24
Voice-assisted tech can be a driving hazard