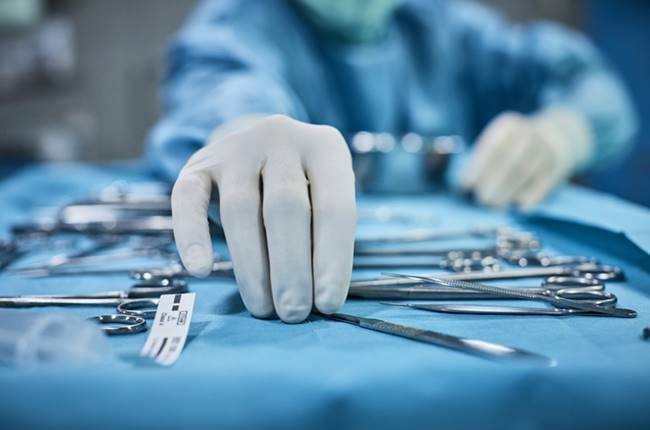 Risky, groundbreaking surgery saved a 12-year-old dog that had an aggressive tumour and was given only weeks to live, University of Florida veterinarians report.

Cello, a female Goldendoodle, had a rare tumour that caused a life-threatening obstruction of her major veins.

"This was one of the most advanced cases of tumour invasion that any of us had seen, and there was a very high chance that Cello could have died during surgery," said Dr Elizabeth Maxwell, a clinical assistant professor in surgical oncology.

She was a member of the team that treated Cello in May. The dog is now back home in St. Petersburg, Florida.

"However, without surgery, she would have certainly died in a couple of weeks. With the combined efforts of all the specialists – critical care, internal medicine, radiology, anaesthesia and surgical oncology – we were able to successfully remove the tumour and hopefully give Cello a long and happy life," Maxwell said in a university news release.

Cello's owner, Joan Garbutt, first saw trouble while giving her beloved pet a bath – one of Cello's back legs was swollen in the knee area, so Garbutt sent a picture to her veterinarian, Dr Brett Zielinski, who saw Cello that day.

When several days of antibiotic therapy did not reduce the swelling, an ultrasound revealed a blood clot. Zielinski recommended that Cello be taken to the University of Florida.

"I drove her to the ER in Gainesville that night," said Garbutt, a retired Air Force colonel who adopted Cello as an eight-week-old puppy.

The diagnosis was dire: A CT scan revealed that Cello had a large pheochromocytoma, a tumour of the adrenal gland that was invading the largest vessel in her abdomen, blocking most of the blood flow from her hind limbs and abdomen to the heart.

Still, Cello's doctors thought she had a chance of surviving and recommended a groundbreaking operation, so Garbutt gave her blessing.

They sent Cello home with Garbutt on medications to help prevent some of the known complications.

"It was a very long week at home," Garbutt said in the release. "Cello was very worn out and sick, and at one point I did not think she would make it through Mother's Day.

"I dropped her off [at the hospital] on that Friday morning with a heavy heart and tears in my eyes, wondering if this was our last goodbye," Garbutt remembered.

The five-hour operation carried a number of risks – severe bleeding, heart rhythm disruptions, dramatic blood pressure changes, kidney damage and blood clots: It all added up to a 50% risk of death, according to Maxwell.

But Cello slowly recovered over the next few months and at her last checkup in August, she was in good health, her doctors said.

"She is doing great, free of clinical signs and all medications have been discontinued," and she "is now a completely normal and happy dog," said Cello's lead surgeon, Dr Carlos Souza, an assistant professor of surgical oncology.

Garbutt had high praise for her treasured dog's caregivers.

"Cello has been there through my hardest days of service with a toy in her mouth and a snuggle," she said. "Thank you is not enough."

We live in a world where facts and fiction get blurred
In times of uncertainty you need journalism you can trust. For 14 free days, you can have access to a world of in-depth analyses, investigative journalism, top opinions and a range of features. Journalism strengthens democracy. Invest in the future today. Thereafter you will be billed R75 per month. You can cancel anytime and if you cancel within 14 days you won't be billed.
Subscribe to News24
Related Links
More pets may be getting Covid-19 than realised
A silver lining for foster, adopted pets – and their people – during coronavirus pandemic
Having a family dog could improve your toddler’s social-emotional development
Next on Health24
Cats also get separation anxiety