Landmark ruling on dagga use: a good or bad thing? News24 has reported that the Western Cape High Court has made a ruling that will allow people to possess, cultivate and use dagga at home.

But before you head off to start planting dagga in your garden, read this.

The cannabis plant contains a wide variety of chemicals called cannabinoids (many of which can also be made synthetically in a laboratory).

Cannabinoid molecules are known to lock onto cannabinoid receptors on the surface of brain cells which are involved in helping to regulate a range of bodily processes, such as heart functioning, mood, memory, appetite, pain sensation and the operation of the immune system.

When it comes to alleviating the symptoms of cancer and the side-effects of conventional cancer treatments, however, there is substantial documented evidence of the merit of the cannabinoids. They have been used successfully to reduce cancer-related pain, as well as nausea and vomiting caused by chemotherapy.

A long-time multiple sclerosis sufferer, Gerd Bader is a user and proponent of medical cannabis.

Bader told Health24: “It was like a miracle: a few drags of a joint and I felt a sense of relief and a clear mind. After seeing how these cannabinoids were helping me, I decided to do extensive research and came across cannabis oil.”

He believes that using the oil ended the worst of his multiple sclerosis episodes and initiated overall healing. “From being a paraplegic, I am now walking stronger by the day.”

Mother and businesswoman Kelly McQue agrees: "I started using cannabis oil as soon as I found out about the malignant lump in my breast. I can't say that it was just the cannabis oil that cured the cancer, but I do feel that the speed with which I recovered was due to taking it.”

She ended up making her own cannabis oil. “It's very simple to make – no chemistry involved” – and advises potential users via phone or email.

She says that the feedback from individuals from around the world and increasingly from South Africans has been overwhelmingly positive. “The best responses are from people who have also successfully cured their illness using alternative, natural treatments – that always makes my day!” 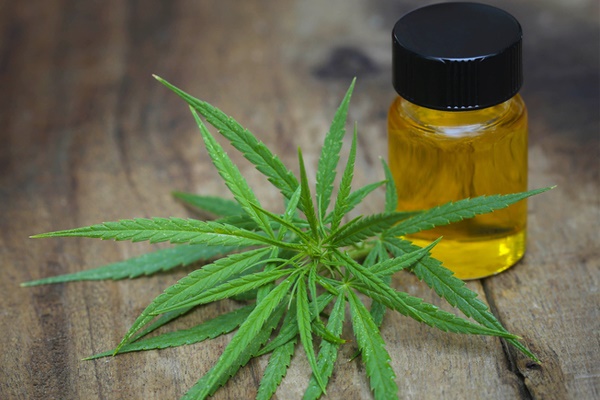 It’s estimated that about one in nine cannabis users will become dependent, while those who start using it in their teens have a one in six chance of becoming dependent. Cannabis use is also linked to other medical complications, including heart attacks (one study found a nearly five-fold increased risk for this in the hour after use), as well as arrhythmias (abnormal heart rhythms) and strokes.

Smoking is the most common route of delivery of cannabis, and lung problems, like chest infections, chronic bronchitis and emphysema are common among cannabis users.

Cannabis smoke contains carcinogens similar to that found in tobacco smoke and may predispose an individual to lung cancer. In fact, people who smoke five joints a week expose themselves to as many cancer-causing chemicals as people who smoke a pack of cigarettes a day.

Cannabis use impairs driving ability and users are at a higher risk of car accidents. Use during pregnancy has been linked with neuro-behavioural problems in children.

“We simply don’t have enough research to understand the complexity of the substance to say it’s safe to use in the long term,” Shaquir Salduker, a board member of the Psychiatry Management Group (PsychMG), told Health24. “If we legalise it as a medication, young people will start to think it is okay to use cannabis, and this is extremely dangerous to children, adolescents and young adults. Their brains are still developing and the harmful effects of dagga on their development have been proven.”

“Cannabis intoxication can lead to multiple psychiatric complications, like panic, anxiety, depression or psychotic symptoms,” says Dr Lize Weich, a senior psychiatrist and lecturer at Stellenbosch University. Long-term cannabis use can also affect memory and the ability to process information.

What are your thoughts on the ruling? Email mandy.freeman@24.com and let us know.

Marijuana in a pill?

We live in a world where facts and fiction get blurred
In times of uncertainty you need journalism you can trust. For 14 free days, you can have access to a world of in-depth analyses, investigative journalism, top opinions and a range of features. Journalism strengthens democracy. Invest in the future today. Thereafter you will be billed R75 per month. You can cancel anytime and if you cancel within 14 days you won't be billed.
Subscribe to News24
Related Links
Dagga and alcohol combo recipe for varsity dropout
Dagga may cause relapse in psychosis sufferers
Pot users may face 5 times greater risk of alcohol abuse
Next on Health24
Longer treatment more effective for substance addiction