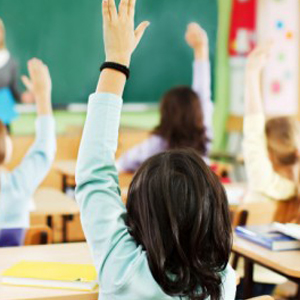 High school friendships can influence students' academic performance and progress, according to a new study.

When surrounded by friends with a higher grade point average, teens have a tendency to perform better and boost their own performance during the school year.

The opposite is also true, researchers cautioned: Students whose friends had a lower performance average were more likely to do worse in school over time.

"While most educators already know the importance of social environment for a student's academic success, our study presents the first quantitative supporting evidence for such empirical knowledge," the researchers wrote in the study published in the journal PLOS One.

The researchers from Binghamton University and Maine-Endwell High School, in New York, asked 11th-grade students to divide other students into one of five groups: best friends, friends, acquaintances, strangers or relatives. The students' academic performance was then tracked in relation to their social network.

Link between friends and their academic results

This link was strongest between students and those they categorised as their friends. The association wasn't as strong among students and their best friends or acquaintances.

Previous research has shown that students' social groups can influence obesity as well as their emotional state and behaviour, the release noted.

The Nemours Foundations provides tips for teens on school success.

We live in a world where facts and fiction get blurred
In times of uncertainty you need journalism you can trust. For only R75 per month, you have access to a world of in-depth analyses, investigative journalism, top opinions and a range of features. Journalism strengthens democracy. Invest in the future today.
Subscribe to News24
Related Links
Teens with happy parents have happy marriages
Top 10 teen tips
Next on Health24
If you don't date in your teens, you may be less depressed and have better social skills