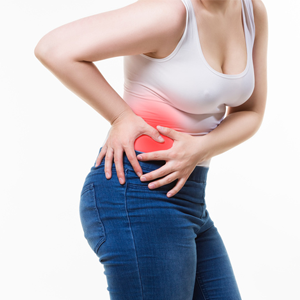 Could you have an ovarian cyst that is about to cause a bigger problem?

Ovarian cysts are like the pimples of the reproductive system. These fluid or tissue-filled sacs are pretty common, but usually don’t warrant a full-on freakout.

“The vast majority of ovarian cysts are benign, follicular cysts that come and go with your cycle and need no further management,” says Dr Taraneh Shirazian, a gynaecologist at NYU Langone Health, specialising in minimally invasive gynaecologic surgery.

“But about 20% of women experience cysts that don’t go away on their own, and could require surgery” either because they have a chance of becoming cancerous or their symptoms just suck that bad.

Read more: The signs of ovarian cancer every woman should know about

After all, many ovarian cyst symptoms do overlap with those of other gynaecological issues like uterine fibroids and even PMS (think: bloating and pelvic pain).

“Your cycles come and go, so pain should go away, right?” says Dr Shirazian. “If it doesn’t, go in and have an ultrasound at the very minimum.”

If you notice these six ovarian cyst symptoms, you should high-tail it to the doctor ASAP.

The most common ovarian cyst symptom is pain in the lower right or left side of the lower pelvis, right where the ovaries are, says Dr Shirazian. If you have a larger growth somewhere where there isn’t supposed to be one, you’re going to feel it.

If the pain becomes severe, you might be suffering from ovarian torsion, says Dr Shirazian. “This happens when a cyst becomes larger and more mobile and twists in on itself, cutting off its blood supply, which causes that really bad pain.”

This is the kind of pain that should send you straight to the emergency room.

Read more: The surprising reason you’re getting side pains once a month

2. You’re belly bloat is out of control

Swelling is obviously a vague symptom, but it can be related to ovarian cysts depending on their size.

“Most women experience cysts under 10cm. But some cysts can grow to be very big, like the size of a watermelon,” says Dr Eloise Chapman-Davis, a gynaecological oncologist at Weill Cornell Medicine and New York-Presbyterian.

“Many women will write that off as weight gain, but abdominal pain and bloating could be the result of a mass growing in the stomach.”

If the weight is only in your stomach, or you can’t figure out any reason you’d be gaining weight in the first place, that’s a red flag. 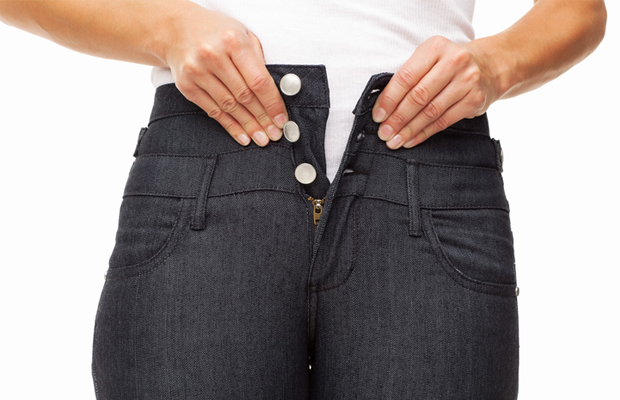 3. You constantly feel full or ‘stuffed up’

Like with uterine fibroids, ovarian cysts can cause a feeling a heaviness in the abdomen. “A cyst is a mass, and it’s occupying space, which can give you that feeling of pressure,” says Dr Shirazian.

Sure, you can get a somewhat similar feeling with constipation, but unless you have cysts in both ovaries, this sensation will only strike one side of your pelvis. If your bathroom habits are fine, but you’ve been feeling this way for two to three weeks, it’s worth finding out if an ovarian cyst might be to blame, Dr Chapman-Davis says.

4. You feel like you have to pee all of the time (but maybe can’t go)

Another symptom of ovarian cysts that many women mention, according to Dr Chapman-Davis, is feeling the urge to pee all of the time.

“If the cyst is pushing against your bladder, you may feel like you have to urinate,” she says. “Or some women feel that they need to go more frequently, but it’s harder for them to go,” because of a blockage by the cyst.

Any urinary issues warrant a call to the doctor. 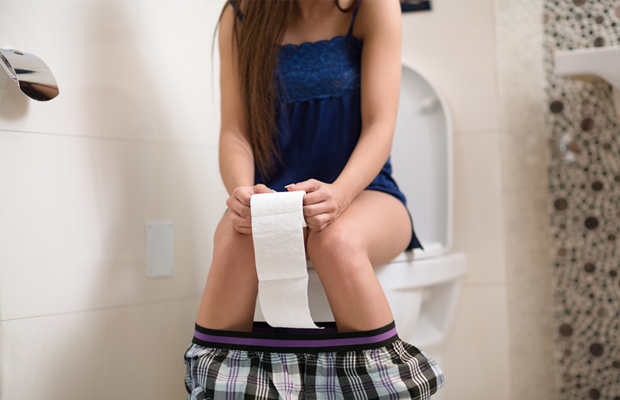 If you’re having penetrative sex and you feel pain on one side versus the other, there’s a chance it could be related to an ovarian cyst. “Some cysts, when they become big, can fall behind the uterus, and in that case are sitting right by your cervix,” says Dr Chapman-Davis. “So you might feel pain with deep penetration.”

Endometriomas (ovarian cysts related to endometriosis) can also cause pain during sex, because they’re located closer to the cervix, she adds.

There’s no reason to ever suffer through painful sex. Talk to your gynae immediately to help pinpoint the cause and have the sex you deserve.

Read more: Whatis a hysterectomy – and how common is it for young women?

“You don’t have that much room in your pelvis, so when a cyst gets too large, depending on where it is in the pelvis, it can lead to back or leg pain,” says Dr Chapman-Davis, explaining that cysts can compress the nerves that run along the back of your pelvis.

If your doctor can’t seem to figure out what’s causing your sciatica, it might be time to explore ovarian cysts as a potential source, she says. Get the newsletter
Voting Booth
Have you entered our Health of the Nation survey?
Please select an option Oops! Something went wrong, please try again later.
Yes
28% - 9929 votes
No
72% - 25910 votes
Previous Results