7 most common fibromyalgia symptoms in women 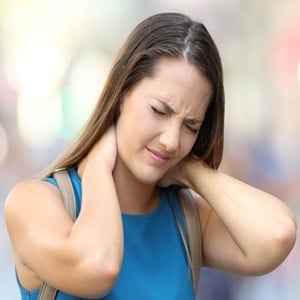 Fibromyalgia is a painful and frustrating condition to live with.

In Lady Gaga’s Netflix documentary, Gaga: Five Foot Two, the first scene shows the singer’s muscles being stretched and prodded on a massage table. It’s one of the ways she deals with fibromyalgia, a condition that causes chronic pain all over the body.

It’s not known what causes the condition, and there’s no cure, which can make getting a diagnosis and managing the pain incredibly frustrating. Gaga addresses her struggles with the condition several times throughout the film and has talked about it openly in the last year.

Read more: 9 lupus symptoms in women that should never be ignored

When a celebrity as big as Gaga talks about fibromyalgia, it brings major awareness to the condition, but it’s still very misunderstood.

“Fibromyalgia is poorly identified by most people, even those in medicine, and there’s no specific test that can determine someone has it,” says pain management specialist Dr Charles Kim. “We have to test for other things and rule those out; it’s a diagnosis of exclusion.”

Fibromyalgia typically affects women in their twenties and thirties, and it’s more common in women than men, says Dr Kim, though researchers don’t know why.

Because it’s tricky to diagnose, it’s important to understand the symptoms so you can recognise it and suggest the possibility to your doctor.

Read more: 8 reasons why your stomach hates you right now

Here are the most common symptoms of fibromyalgia and how to deal with them.

You know how you used to feel after pulling an all-nighter at varsity? That’s the best way to describe how it feels to live with fibromyalgia, says Dr Kim. “You don’t feel refreshed when you wake up, but rather stiff, achy, really run down and in pain.”

Fibromyalgia is thought to trigger something called central sensitisation, which means your body “starts to get overly sensitive and react to things that normally wouldn’t hurt,” says Dr Kim.

There are pain medications your doctor can prescribe to help, but Dr Kim recommends trying other options before medication, like aerobic conditioning workouts (think walking, jogging, cycling, swimming) and acupuncture, which have both been shown to help ease fibromyalgia symptoms. 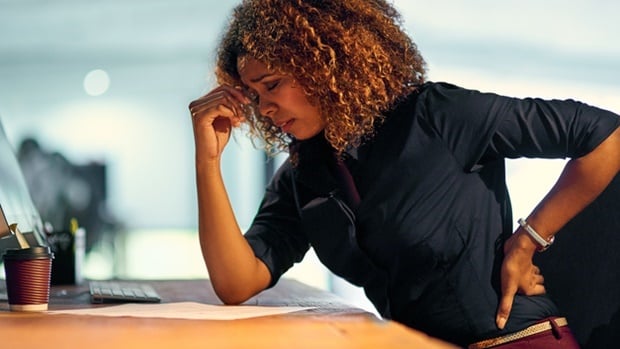 Along with pain comes a general sense of tiredness that just won’t go away, says Dr Kim, even after a good night of sleep. Doctors aren’t sure if patients are tired because of the pain they’re dealing with, or if their fatigue is causing the pain because they’re not getting proper muscle recovery when they sleep. “It’s sort of a chicken and egg question; we’re not sure which comes first,” says Dr Kim. He recommends acupuncture and mindfulness practices to help people with fibromyalgia get better sleep and improve their fatigue.

Severe headaches and migraines are another symptom of fibromyalgia. It’s also unclear what the direct cause of these are, but they could be another aspect of the overall chronic pain of the condition. Over-the-counter meds can help, as well as managing pain through methods like exercise and massage.

People with fibromyalgia often report having sleep issues like waking up frequently or not being able to fall asleep, says Dr Kim. Again, doctors aren’t sure if the disturbances are caused by pain and discomfort waking people up and making it difficult for them to fall asleep, or something else entirely. But issues like these only make the fatigue worse. Biofeedback therapies, self-guided imagery, and hypnosis and meditation are methods people can try to help with sleep issues, says Dr Kim. Many people with fibromyalgia experience “fogginess of thought” or “fibro fog”, says Dr Kim. That might mean they have memory issues, or just feel like they’re not as sharp or quick in their thinking. “If you examine patients who have fibromyalgia, there are differences in their brain activity from people who don’t have it, in terms of metabolic activity,” says Dr Kim. Doctors aren’t sure yet what that means, but they do know there are brain changes that could cause issues.

Mood disorders are also associated with fibromyalgia, and chronic pain conditions in general. “The neurotransmitters that impact depression are also tied to pain,” says Dr Kim. It’s not clear how they’re connected, and it’s possible to have depression and anxiety that are separate from and not caused by fibromyalgia, but they may be linked.

People should evaluate their mental health with a therapist or other mental healthcare provider, recommends Dr Kim. “We can’t just focus on relieving pain; we want to make sure we’re addressing any psycho-emotional issues in addition to pain,” says Dr Kim. “Some people’s pain might improve but their mood may not – the interplay is very complex, so it’s important to address the physical symptoms and the mental.”

People with fibromyalgia may also get upset stomachs and nausea regularly, and may have to go to the bathroom frequently, says Dr Kim. People who do have irritable bowel symptoms should have their doctor or a gastroenterologist run checks to make sure everything is working properly, then consult with a dietitian about what nutrition deficiencies might be at play and what diet changes could help.