8 side effects of hormonal birth control every woman should know You should know about these possible side effects if you use hormonal birth control.

It was the best of times, it was the worst of times: Oh, did that just describe your experiences on hormonal birth control?

While birth control side effects are mostly awesome (less cramps, no unwanted pregnancies!), they can admittedly also be sucky (ahem, blood clots).

Hormonal birth control comes in two forms: Combination (certain types of pills, the vaginal ring and the transdermal patch), which includes both oestrogen and progestin, and progestin-only (IUDs, shots, implants and the mini-pill).

But both types of hormonal birth control come with pretty similar side effects – good, bad and ugly.

These are the most common birth control side effects you should know about:

1. Your acne magically clears up

“Some people have hormonal acne, so a regular cycle and a steadier dose of hormones can help,” says Dr Christine Masterson, chief of the women and children’s service line at Summit Medical Group in New Jersey. But she also warns that breakouts can get worse before they get better, so it’s best to wait up to six months before judging whether or not your hormonal birth control has improved your acne.

Read more: 12 contraceptives you should think about trying – other than the pill

Some women experience a temporary amount of weight gain, says Dr Masterson, but this side effect is typically correlated with the amount of oestrogen in the particular pill you are taking (though it can happen on progestin-only options too).

“As the pill has evolved, we’ve been able to lower the amount of oestrogen in the pill and still have it be effective,” she explains. “Less oestrogen can mean less weight gain, so lower-dose pills are helpful for patients experiencing weight gain.” Any time you introduce hormones into your body via birth control, it can cause mood changes. “Having crying spells, not seeing the joy in life and having difficulty getting out of bed are all signs of depression,” says Dr Masterson.

“If you’re experiencing any of those symptoms, or having harming thoughts, experiencing difficulty functioning at work, or your relationships are starting to become affected, you should have a conversation with your doctor,” Dr Masterson adds, especially if you’ve been feeling that way for longer than four to six weeks.

Read more: “My birth control gave me a blood clot” – here’s what you need to know

4. Your periods have gotten less painful

Dysmenorrhea (a.k.a. period pain) can be a bitch, to say the least – but hormonal birth control can help with that. “Hormonal birth control is linked to shorter, lighter and less painful periods, so for women who are really suffering from dysmenorrhea, it can make a tremendous difference,” Dr Masterson says.

If a regular birth control pill doesn’t decrease your symptoms, she recommends talking to your doctor about skipping periods so you at least experience symptoms less often. 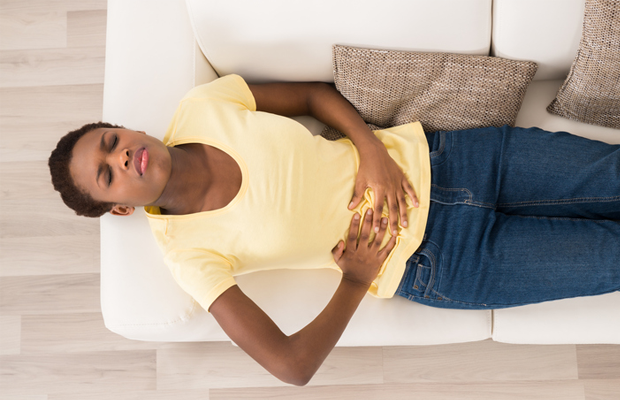 If you suffer from regular ovarian cysts (which can cause abdominal pain), taking birth control can reduce the hormonal fluctuations that often contribute to their development, says Dr Masterson.

She notes there may be another benefit for your ovaries, too: A reduced risk of cancer. “We know that women with fewer ovulations in their lives – those with many pregnancies, who used the pill, and who have breastfed – have a decreased chance of ovarian cancer than those who ovulate more in their lifetime,” she says, explaining that abnormal cells can form during the normal pattern of ovulation and cell repair after the egg is released.

Read more: The new contraceptive that won’t mess with your hormones

6. You’re not getting menstrual migraines as much anymore

“If you have a predictable migraine associated with onset of period, taking hormonal birth control can allow you not to get the migraine in the first place,” says Dr Masterson. A drop in oestrogen is to blame for these intense menstrual headaches (often accompanied by nausea, light sensitivity and dizziness), so a consistent level of oestrogen can help you avoid them.

But the news isn’t all good: Dr Masterson warns that migraine with aura is associated with a higher risk of stroke, and is incompatible with hormonal birth control. “We would take a careful history of a patient with migraines to make sure they are candidates,” she says. 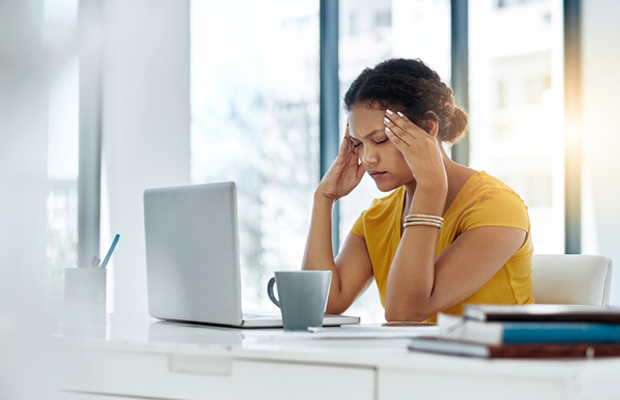 7. Your boobs are so sore

An increase in oestrogen and progesterone levels after starting hormonal birth control can cause breast changes. Your breasts may become fuller (you may even have to go up a bra size) and/or feel tender, says Dr Masterson.

However, she also adds that the longer you are on it, the more likely it is those side effects will subside.

8. Your risk of blood clots goes way up

The oestrogen in hormonal birth control puts women at an increased risk for a number of medical issues, says Dr Masterson. (So, your risk of these issues decreases if you’re on progestin-only methods.)

“There’s a one in 1 000 risk of deep vein thrombosis (DVT, or when a blood clot forms in a deep vein in the body), so if you experience calf pain, swelling of the legs or shortness of breath, those are serious side effects that need to be addressed by calling the medical emergency hotline or your doctor,” says Dr Masterson.

Also, keep an eye out for signs of a heart attack, like pain in your chest, back, shoulder arm or neck; and signs of a stroke, such as numbness or weakness of the face, arm or leg, a sudden, severe headache or confusion.

Some women are more at risk for these conditions than others, like smokers or those with a family history. So, Dr Masterson says it’s smart for women to have their blood pressure checked regularly, particularly after starting a new birth control, and to pay close attention to any alarming signs.