New pill will burn your cellulite away 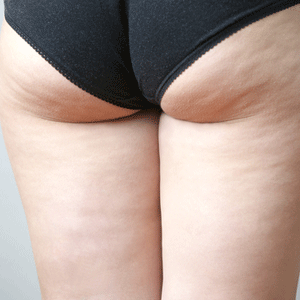 Auxilium Pharmaceuticals Inc said two doses of its drug to smoothen cellulite were statistically significant in a mid-stage study, sending its shares up nearly 8 percent.

There are no FDA-approved cellulite treatments and there is little scientific evidence that any current over-the-counter treatments are beneficial, Auxilium said.

Auxilium said 68 percent of the patients given a mid and high dose of the drug — which is already marketed as Xiaflex, an injectable drug for other conditions – reported being "satisfied" or "very satisfied" with the results.

That compared with only 34 percent of patients given a placebo.

"Cellulite is a potentially large indication, and the data is encouraging enough to warrant continued study," Cowen and Company analyst Eric Schmidt wrote in a note.

A second mid-stage study for the drug, collagenase clostridium histolyticum (CCH), is slated for the second quarter of 2015.

Cellulite causes dimpling of the skin, especially on women's hips and thighs, is reported in 85-98 percent of post-pubertal females – a market that could be $1 billion, according to RF Lafferty & Co analyst Difei Yang.

Read: What exactly is cellulite?

In this condition, the skin loses its elasticity as the collagen cords that attach skin to muscle shrink. When the fat in cellulite prone areas expands, the cords tether the skin, causing dimpling.

Those cords are targeted by the drug to ease the dimpling, potentially resulting in smoother skin.

The drug, which is also being evaluated for use in frozen shoulder syndrome, is sold in the United States, Canada, Europe and Australia as Xiaflex.

It is approved to treat Dupuytren's contracture, a progressive hand disease that affects a person's ability to straighten and properly use their fingers.

Xiaflex is also marketed in the United States to treat men with bothersome curvature of the penis, a condition known as Peyronie's disease.

Xiaflex generated sales of $49.2 million in the first half of this year, accounting for nearly 30 percent of Auxilium's total revenue.

The Chesterbrook, Pennsylvania-based drugmaker's stock was up 4 percent at $18.49 in midday trading.