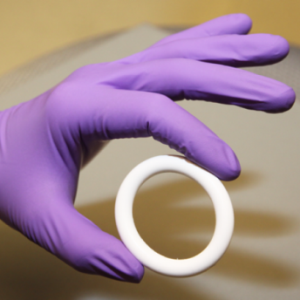 When it comes to contraception, women increasingly want to be fully informed and in control of their fertility as they continue to look for options that are safe, effective and have minimal side effects. It’s good news, therefore, that medical researchers are continually working on new contraceptive options.

Around 3.2 million women in the US have an unmet need for contraception, comments Assistant Clinical Professor at the University of California Dr Grace Shih. She and fellow researchers have highlighted the need to revitalise interest in the development of new and innovative contraceptive methods to meet the needs of current and future couples.

During a recent Contraceptive Technology presentation by the Association of Reproductive Health Professionals (ARHP), Dr Shih said: “In short, that means a greater variety of methods that are effective, easy to use, cost-effective and which have fewer side effects.”

An especially innovative new contraceptive – already being hailed as having the potential to revolutionise global birth control – is due to be submitted for preclinical testing in the US in 2015.

The tiny microchip device is implanted under the skin of the buttocks, abdomen or upper arm. It can be operated wirelessly by remote control and contains tiny reservoirs of the hormone levonorgestrel, which is dispensed every day. When a woman wishes to conceive, she simply turns off the device with a remote control. What’s more, it can last up to 16 years.

The device is the brainchild IT company MicroCHIPS. With backing by Bill Gates and its affiliation to the Massachusetts Institute of Technology (MIT), the company hopes this radical innovation could go on sale by 2018.

Meanwhile, elsewhere in the US, scientists in contraceptive technology continue to focus on other new contraceptives that will be available beyond 2014.

Some of these are still in clinical-trial phases, while others are awaiting FDA approval. What most of them have in common is that they’ll offer new, improved formulations that last longer, combine lower doses of different synthetic hormones and produce fewer side effects.

Some future contraceptives include:

1. Nestorone/EE one-year vaginal ring
This will include a new progestin called nestorone, which lasts for a year. It’s highly effective in blocking ovulation when given by non-oral routes. The Population Council is currently in the process of submitting the vaginal ring for approval in low and middle income countries.

3. Skyla
A new intrauterine system called the LNG 13.5 IUS, which can last for 3 years.4. LNG 20 IUS
In Europe, an even more advanced levonorgestrel-releasing intrauterine system hopes to offer contraceptive effects of between five to seven years. It will be even more effective than the currently available Mirena device. Being developed as part of a study in Belgium, it’s expected to be completed in 2018.

Ultimately, each woman must make her own decision as to what method will suit her best, remarks Dr Hannah Dahlen, Associate Professor of Midwifery at the University of Western Sydney. In the end, she says it’s all about balancing the effectiveness of your contraceptive choice with any potential side effects.

Find out from your doctor when and if these new products will become available in South Africa.