Healthy habits may be key to improving ADHD 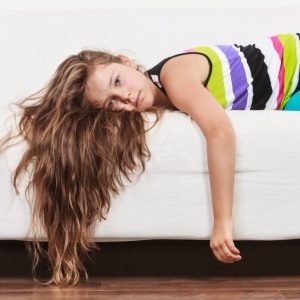 Children with attention-deficit/hyperactivity disorder (ADHD) are often treated with medications, such as Adderall or Ritalin. But a new study suggests that parents can also help their kids by promoting healthy lifestyle habits.

For the study, researchers looked at 184 children with ADHD and 104 without the disorder. The investigators found that those with ADHD were less likely to adhere to healthy behaviours recommended by the American Academy of Paediatrics, the National Sleep Foundation and the US Department of Agriculture.

Those guidelines include no more than one to two hours of total screen time a day (TV, computers, video games); at least one hour of physical activity a day; limited intake of sugar-sweetened beverages; getting nine to 11 hours of sleep a night; and drinking seven to 10 cups of water daily, depending on age. The kids in the study were aged 7 to 11.

The findings, published online recently in the Journal of Attention Disorders, suggest that following more of these healthy habits could benefit children with ADHD.

"Many parents of children diagnosed with ADHD do not want their children on medication. Having their children follow healthy lifestyle behaviours may be an effective intervention, either alongside or in the place of traditional ADHD medications," said study author Kathleen Holton. She is a member of the Centre for Behavioural Neuroscience at American University in Washington, D.C.

"Parents of children with ADHD should talk with their paediatrician about how to improve health behaviours, such as limiting screen time, encouraging physical activity, improving bedtime routines and drinking water rather than other beverages," she suggested in a university news release.

Read: The role of exercise in managing ADHD

Changing a number of lifestyle habits at once may lead to other healthy behaviours, according to Holton.

"As research into health outcomes in children with ADHD continues to provide new insights, focusing on the overall number of healthy lifestyle behaviours may become important," Holton said.

We live in a world where facts and fiction get blurred
In times of uncertainty you need journalism you can trust. For 14 free days, you can have access to a world of in-depth analyses, investigative journalism, top opinions and a range of features. Journalism strengthens democracy. Invest in the future today. Thereafter you will be billed R75 per month. You can cancel anytime and if you cancel within 14 days you won't be billed.
Subscribe to News24
Next on Health24
Get functional solutions for ADHD at this year's ADHASA conference