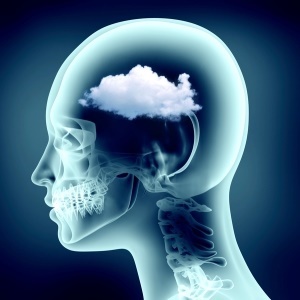 Most of us know the myths attached to attention deficit hyperactivity disorder (ADHD): “It’s simply bad parenting”, “These children are just naughty” or “You get ADHD when you eat too much sugar”.

But new research from Radboud University Medical Center in the Netherlands shows there are structural differences in the brains of ADHD patients. The study, published in The Lances Psychiatry, found that people diagnosed with attention deficit hyperactivity disorder have smaller brain volumes than those without the disorder.

According to a previous Health24 article, South Africa has one of the highest rates of medication prescription for ADHD – even higher than the USA. In light of such statistics a better understanding of the disorder might lead to more effective treatment.

Dr Peter Collis, a clinical psychologist from Cape Town specialising in ADHD, says the research adds to the existing evidence that ADHD has a neurological origin. “ADHD is established to be primarily neurological in origin, and psychological in outcome. Environmental factors can modify outcome to some minor extent,” says Dr Collis.

“With the largest dataset to date, we add new knowledge about bilateral amygdala, accumbens, and hippocampus reductions in ADHD,” the researchers said.

They had 1 713 participants with ADHD and 1 529 people in the control group that formed part of the study. This large-scale study was conducted from findings from 23 different locations around the world.

MRI scans were used to measure brain volume of seven different regions that are linked to the presence of ADHD: the pallidum, thalamus, caudate nucleus, putamen, nucleus accumbens, amygdala and hippocampus.

Overall brain volume and the volumes of five regions – the caudate nucleus, putamen, amygdala, nucleus accumbens and hippocampus – were smaller in ADHD sufferers than in people without ADHD. The biggest difference was in the weight of the amygdala. That's the part of the brain responsible for emotions.

“The evidence generated by this piece of research is substantial, and therefore significant. We should accept, at least for the time being, the findings.”

Does this research indicate that parents should now rush to get their children’s brains scanned? “Definitely not,” Dr Collis answers.

“Brain scans would not, at this point in time, be of use for the clinical diagnosis of a single person.  This research had been conducted with a very large group of persons to achieve validity.

“Persons with ADHD would not benefit from brain scans. The physical or structural differences are not sufficiently substantial to be measured on an individual basis.”

We live in a world where facts and fiction get blurred
In times of uncertainty you need journalism you can trust. For 14 free days, you can have access to a world of in-depth analyses, investigative journalism, top opinions and a range of features. Journalism strengthens democracy. Invest in the future today. Thereafter you will be billed R75 per month. You can cancel anytime and if you cancel within 14 days you won't be billed.
Subscribe to News24
Related Links
Low-income kids more likely to have asthma
Babies with low birth weight more likely to develop ADHD
Next on Health24
Health Tip – Managing ADHD in adults