Can you get high from second-hand marijuana smoke? 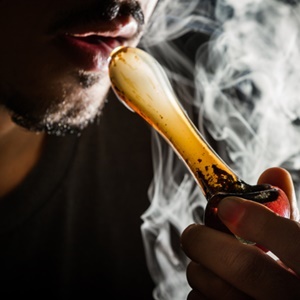 Getting high from second-hand marijuana smoke is possible only under unrealistic conditions.

On 18 September 2018 the Constitutional Court of South Africa, the highest court in the country, decriminalised the private use and cultivation of marijuana.

The unanimous court ruling was met with approval and celebration by the South African public.

For all of those not partaking in the "joint" rotation and concerned about the "second-hand high", rest assured that you’ll remain unaffected... kind of.

The effects of second-hand marijuana smoke have been a subject of investigation and research for years.

One of the first studies to test its effects, conducted in 1985, put five non-smoking volunteers in a small car alongside five marijuana smoking volunteers. This practice is commonly referred to as "hot-boxing", where marijuana is smoked inside a car with its doors closed and windows rolled up.

The study found that only a small amount of THC (the psychoactive element in marijuana, the compound responsible for the high) residue could be detected in the blood and urine of the non-smoking participants but not enough for them to experience a "high".

Many other tests followed similar procedures in trying to determine whether a second-hand high was possible – and came to similar conclusions. The arguments against these studies, especially those conducted in the 20th century, is that marijuana is stronger now than it was 20 years ago.

According to an article by Business Insider, the cultivation of the plant has been refined to such an extent that the THC content in marijuana went from 4% in 1995 to 14% in 2014. So, if these studies were conducted today, would a second-hand high be possible?

Cecilia J Hillard, a pharmacology professor and director of the Neuroscience Research Center at the Medical College of Wisconsin, said in an interview with Business Insider, “The 'contact high' is purely a psychological phenomenon.” And that, “little residual THC is present in exhaled air”.

She goes on to state that while people "may experience runny noses or itchy eyes from the smoke", the smoke won’t be enough to cause a "high".

In an interview with Health24, Dr André Marais, clinical pharmacologist and senior lecturer at the University of Pretoria, said, "The effects of second hand cannabis intake would, in my opinion, be similar to that of cigarette smoking or even inhaling smoke from a nice South African braai. You will basically inhale hydrocarbons and not necessarily the active ingredient THC."

Recent studies, however, show that a contact high may be possible, but under unrealistic circumstances.

A 2015 study confined six marijuana smokers, each provided with 10 marijuana joints, and six non-smokers, in ventilated and unventilated areas. Researchers were able to detect the presence of THC in the blood and urine of the non-smoking participants, as well as minor physiological and psychomotor effects.

The study showed that the level of ventilation, the size of the smoking area, the frequency of marijuana consumption and the duration of exposure play a major role in the possibility of a second-hand high.

We live in a world where facts and fiction get blurred
In times of uncertainty you need journalism you can trust. For only R75 per month, you have access to a world of in-depth analyses, investigative journalism, top opinions and a range of features. Journalism strengthens democracy. Invest in the future today.
Subscribe to News24
Related Links
5 facts and myths you should know about dagga
Smoking dagga once a week? It could lead to this health issue
Here’s why dagga can be dangerous if you have a mental disorder
Next on Health24
Alzheimer's-like brain degeneration found in heroin addicts potential key for future treatments