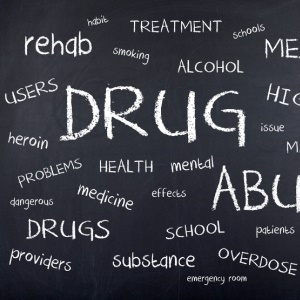 For a few thousand dollars, Chinese companies offer to export a powerful chemical that has been killing unsuspecting drug users and is so lethal that it presents a potential terrorism threat, an Associated Press investigation has found.

The AP identified 12 Chinese businesses that said they would export the chemical – a synthetic opioid known as carfentanil – to the United States, Canada, the United Kingdom, France, Germany, Belgium and Australia for as little as $2,750 a kilogram (2.2 pounds), no questions asked.

Carfentanil burst into view this summer, the latest scourge in an epidemic of opioid abuse that has killed tens of thousands of people in the United States alone. Dealers have been cutting carfentanil and its weaker cousin, fentanyl, into heroin and other illicit drugs to boost profit margins.

Despite the dangers, carfentanil is not a controlled substance in China, where it is manufactured legally and sold openly online. The US government is pressing China to blacklist carfentanil, but Beijing has yet to act, leaving a substance whose lethal qualities have been compared with nerve gas to flow into foreign markets unabated.

"We can supply carfentanil ... for sure," a saleswoman from Jilin Tely Import and Export Co. wrote in broken English in a September email. "And it's one of our hot sales product."

China's Ministry of Public Security declined multiple requests for comment from the AP.

"It's a weapon," said Andrew Weber, assistant secretary of defence for nuclear, chemical and biological defence programmes from 2009 to 2014. "Companies shouldn't be just sending it to anybody."

The AP did not actually order any drugs so could not conduct tests to determine whether the products on offer were genuine. But a kilogram of carfentanil shipped from China was recently seized in Canada.

Carfentanil was first developed in the 1970s, and its only routine use is as an anaesthetic for elephants and other large animals. Governments quickly targeted it as a potential chemical weapon. Forms of fentanyl are suspected in at least one known assassination attempt, and were used by Russian forces against Chechen separatists who took hundreds of hostages at a Moscow theatre in 2002.

The chemicals are banned from the battlefield under the Chemical Weapons Convention.

In fiscal year 2014, US authorities seized just 3.7 kg of fentanyl. This fiscal year, through just mid-July, they have seized 134.1 kg, according to US Customs and Border Protection data obtained by the AP. Fentanyl is the most frequently seized synthetic opioid, US Customs reports.

Users are dying of accidental respiratory arrest, and overdose rates have soared. China has not been blind to the key role its chemists play in the global opioid supply chain. Most synthetic drugs that end up in the United States come from China, either directly or by way of Mexico, according to the DEA. China already has placed controls on 19 fentanyl-related compounds. Adding carfentanil to that list is likely to only diminish, not eliminate, global supply.

Despite periodic crackdowns, people willing to skirt the law are easy to find in China's vast, freewheeling chemicals industry, made up of an estimated 160,000 companies operating legally and illegally. Vendors said they lie on customs forms, guaranteed delivery to countries where carfentanil is banned and volunteered strategic advice on sneaking packages past law enforcement.

"It's dangerous, dangerous, but if we send 1 kg, 2 kg, it's OK," she said, adding that she wouldn't do the synthesis herself because she's pregnant. She said she knows carfentanil can kill and believes it should be a controlled substance in China.

"The government should impose very serious limits, but in reality in China it's so difficult to control because if I produce one or two kilograms, how will anyone know?" she said. "They cannot control you, so many products, so many labs."

"EMS is a little slow than Fedex or DHL but very safe, more than 99% pass rate," a Yuntu Chemical Co. representative wrote in an email. "If send to the USA, each package less than 250g is the best, small and unattractive, we will divide 1 kg into 4–5 packages and send every other day or send to different addresses."

A Yuntu representative hung up the phone when contacted by the AP and did not reply to emails seeking comment. Soon after, the company's website vanished.

Not all of the websites used to sell the drugs are based in China. At least six Chinese companies offering versions of fentanyl, including carfentanil, had IP addresses in the United States, hosted at US commercial web providers, the AP found.

The real dangers of smoking dagga

We live in a world where facts and fiction get blurred
In times of uncertainty you need journalism you can trust. For 14 free days, you can have access to a world of in-depth analyses, investigative journalism, top opinions and a range of features. Journalism strengthens democracy. Invest in the future today. Thereafter you will be billed R75 per month. You can cancel anytime and if you cancel within 14 days you won't be billed.
Subscribe to News24
Related Links
Bipolar kids more likely to abuse drugs and alcohol
Alarm over cough syrup drug abuse among Cape Town learners
The most abused over-the-counter drug in SA
Next on Health24
Alzheimer's-like brain degeneration found in heroin addicts potential key for future treatments