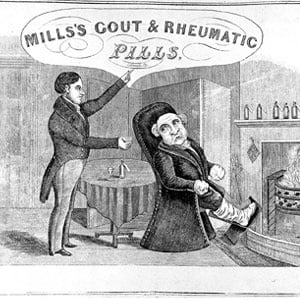 Ignorance about gout is widespread and the topic doesn’t come up very often in conversation, but according to sufferers it is one of the most horribly painful things that a human being can ever experience. It has been rated as more painful than childbirth.

Read: Signs and symptoms of gout

According to Arthritis Research & Therapy, gout was first identified by the Egyptians in 2640 BC and was described by Hippocrates in the fifth century BC as the “unwalkable disease”.

There’s more to this story
Subscribe to News24 and get access to our exclusive journalism and features today.
Subscribe
Already a subscriber? Sign in
Next on Health24
How the doctor would treat an acute gout attack