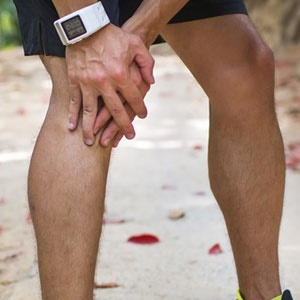 Alternative remedies for arthritis are nothing new. Folklore is full of potions and poultices that supposedly relieve joint pain, and the advent of modern medicine hasn't dampened the public's interest. If anything, arthritis patients are more adventuresome than ever before.

It's no surprise that so many arthritis sufferers are willing to venture beyond the bounds of mainstream medicine, says John H. Klippel, MD, president of the US Arthritis Foundation. With few exceptions, patients with arthritis are never completely cured by standard medicine.

"Traditional treatments can relieve pain, but people still suffer," he says. In addition, today's patients aren't always willing to just sit back and take doctor's orders. "Many patients will try anything to take charge of their health,"

Heading for the mainstream?

When this proactive attitude is backed up with caution and common sense, good things can sometimes happen, Klippel says. In some cases, he says, today's alternative medicine may someday be tomorrow's mainstream.

Many rheumatologists (doctors who specialise in arthritis and other joint diseases) are very open to the idea of complementary medicine, he says. If any remedy can prove its worth in controlled clinical trials, doctors will quickly embrace it.

Unfortunately, most alternative treatments have rarely, if ever, been put to the scientific test. A few studies have shown some benefit from these treatments, but the results aren't consistent. While some patients swear by the results, doctors are still waiting for the hard data. There are, however, a number of studies on at least three complementary treatments that show great promise: acupuncture, exercise and glucosamine/chondroitin.

A landmark study funded by the National Center for Complementary and Alternative Medicine (NCCAM), part of the National Institutes of Health, found that acupuncture provides pain relief and improves function in patients with osteoarthritis of the knee. Other studies have also found it helpful in relieving pain. As a result, it is increasingly being used as part of arthritis treatment and may even be covered by health insurance.

Exercise - though considered more self-care than alternative remedy - is also widely recognised as reducing arthritis pain and improving flexibility, range of motion and mobility. One study published in Arthritis Care and Research found that two hours of strength building exercises a week showed that after eight weeks, participants had less pain and fatigue, and improved leg and arm functioning; those that continued the program beyond eight weeks also saw an improvement in stiffness.

With the approval of your physician, exercise 30 minutes a day at least five days a week. This could include a combination of strength-building exercises and walking , biking, dancing, swimming or water exercise.

What about glucosamine and chondroitin?

Glucosamine and chondroitin have also begun to enter the mainstream. According to Klippel, preliminary studies have suggested that the supplements can relieve osteoarthritis, presumably by restoring cartilage. The supplements may even be able to slow down the advance of the disease, a claim that no current medication can make. (There's no reason to think that the supplements would be effective against any other form of arthritis, including rheumatoid arthritis, he says.)

Interest in glucosamine and chondroitin has been so great that the National Institutes of Health conducted a large-scale study of the supplements for treating osteoarthritis of the knee. More than 1,500 osteoarthritis sufferers at 16 rheumatology centers across the United States participated in the study over a 24-week period. Scientists gave research subjects five different treatment options including glucosamine only, chondroitin only, and a combination of both.

Although there were no significant differences between treatments overall, researchers found that for those with moderate to severe pain, glucosamine combined with chondroitin reduced patient suffering by at least 20 percent.

However, a follow-up study published in 2008 found that the supplement did no better than a placebo in slowing the loss of cartilage. Since the placebo group did better than expected, however, researchers cautioned that the results are difficult to interpret and further research is needed.

In 2010, however, a new analysis of large-scale studies on the issue found that there is no evidence that supplements containing glucosamine and chondroitin relieve the pain of osteoarthritis in the hips and knees.

However, the study found no evidence that the pills cause harm, and the study authors said that in general, there was little reason to stop taking them if people feel they are helpful.

Three kinds of exercise that can improve arthritis

We live in a world where facts and fiction get blurred
In times of uncertainty you need journalism you can trust. For 14 free days, you can have access to a world of in-depth analyses, investigative journalism, top opinions and a range of features. Journalism strengthens democracy. Invest in the future today. Thereafter you will be billed R75 per month. You can cancel anytime and if you cancel within 14 days you won't be billed.
Subscribe to News24
Related Links
Chondroitin sulfate
SA – a natural pharmacy?
Quality of acupuncture needles needs to be uniform
Next on Health24
Exercise and physical therapy improve arthritis symptoms