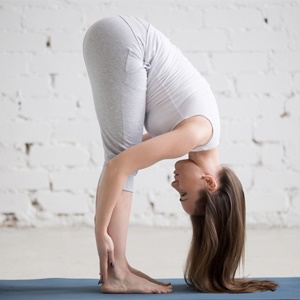 In fact, participants in a recent trial studying the effects of Hatha yoga also reported that they had been able to cut back on some of their asthma medication, said Amy Bidwell, senior author of a study presented at the American College of Sports Medicine's annual meeting.

"It's dramatic but not surprising," said Dr Jonathan Field, director of the allergy and asthma clinic at New York University School of Medicine/Bellevue Medical Centre in New York City.

"There have been some smaller studies that have stated this before, but I don't think they've ever used a standardised scale of this sort."

How the study was done
Bidwell, a doctoral student in the department of exercise science at Syracuse University, had injured her back when she was working as a personal trainer. "I opted for yoga, not surgery, and it pretty much healed me," she noted.

And while previous studies had been positive, most had looked at immediate physiological responses following a rigorous yoga practice, for example, twice a day for 10 days.

Bidwell and her co-authors, one of whom is a physician, randomly assigned 20 individuals aged 20 to 65 to practice Hatha yoga two-and-a-half hours a week or to join a (non-yoga) control group, for a total of 10 weeks.

Results were based on a questionnaire that measured frequency and severity of symptoms, activities associated with breathlessness and social and psychological functioning.

"We hold poses up to a minute and focus on deep breathing, which is critical to asthmatics," said Bidwell, who is also a yoga instructor.

Overall, scores of individuals participating in the yoga arm of the trial improved an average of almost 43%. There were few or no differences between the groups in heart rate variability, oxygen consumption or ventilation.

"There's not much of a downside to yoga unless you have a major orthopaedic problem," said Bidwell, who does not hesitate to recommend the practice to asthmatics after receiving proper instruction.

"Breathing symptoms are such a big part of asthma in terms of gaining control over them. Yoga enhances awareness of breathing and you may be able to recognise early on when breathing is not at a level it should be, which would promote earlier care," Field said.

"Also, it's been recognised that deep breathing in athletes - swimmers or runners - actually improves asthma. When you have more functional use of lungs, it protects against asthma." Field added he would like to see more and larger studies on the subject. – (HealthDay News, June 2009)

We live in a world where facts and fiction get blurred
In times of uncertainty you need journalism you can trust. For only R75 per month, you have access to a world of in-depth analyses, investigative journalism, top opinions and a range of features. Journalism strengthens democracy. Invest in the future today.
Subscribe to News24
Next on Health24
Young couch potatoes risk asthma