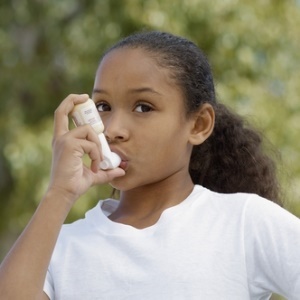 In many US communities that have adopted indoor smoking bans, fewer children need emergency asthma treatment, a new study finds.

The study doesn't confirm that the clean air laws directly boost lung health in kids. But, it makes a strong case, according to the researchers from Brown University, the University of Chicago Medical Centre and Kansas University.

"Combined with other studies, our results make it clear that clean indoor air legislation improves public health," study co-author Theresa Shireman said in a University of Chicago news release. She's a professor at the Brown School of Public Health.

"Children are in a very unique situation in that they have very little control over their environment," said Ciaccio, an assistant professor of paediatrics at the University of Chicago Medical Centre

"This study shows that even those short exposures to second-hand smoke in public spaces like restaurants can have a significant impact on asthma exacerbations," Ciaccio added.

In people with asthma, the airways become inflamed and narrowed, which can cause coughing, wheezing and shortness of breath. About 7 million children in the United State have the long-term condition, according to the US National Heart, Lung and Blood Institute. Tobacco smoke is a common asthma trigger.

For the study, the researchers reviewed 2000–2014 data on emergency treatment of kids with asthma at 20 hospitals in the United States. For each hospital, they compared asthma attacks that occurred during the three years before and three years after local indoor-smoking bans began. The hospitals are in 14 states and Washington, D.C.

Read: How you can die from ‘thunderstorm asthma’

Even after the researchers controlled for factors that might throw off their research, they found that kids' asthma-related ER visits tended to fall more and more each year after a local smoking ban, reaching 17 percent overall in the third year. But researchers didn't see a similar decline in ER visits in locales without smoking bans.

"We should all breathe easier when our children do," said study co-author Tami Gurley-Calvez, an associate professor of health policy and management at Kansas University.

The study was recently published in the Annals of Allergy, Asthma & Immunology.

Insomnia has negative effect on asthma

We live in a world where facts and fiction get blurred
In times of uncertainty you need journalism you can trust. For 14 free days, you can have access to a world of in-depth analyses, investigative journalism, top opinions and a range of features. Journalism strengthens democracy. Invest in the future today. Thereafter you will be billed R75 per month. You can cancel anytime and if you cancel within 14 days you won't be billed.
Subscribe to News24
Related Links
10 famous people living with asthma
WATCH: 7 odd things that can trigger this attack
Clean home may reduce asthma attacks in kids
Next on Health24
Is it okay to use inhalers during the Covid-19 pandemic?