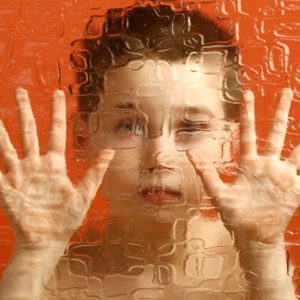 A new brain-imaging study could help explain why children with autism have difficulty with verbal communication: They may not get much pleasure from the human voice.

Researchers found that those with the disorder showed weaker connections between the brain's voice-processing areas and its "reward" centers compared to those without.

That suggests that kids with autism do not get the same pleasure from the human voice that typically developing children do, researchers said.

"When we speak, we don't only convey information, we convey emotion and social cues," said Daniel Abrams, a researcher at Stanford University in Palo Alto, Calif., who led the new study.

It's well known that children with autism have difficulty reading those cues and having conversations. And children with more severe autism may be completely indifferent to the sound of the human voice. There are competing theories on why that is, Abrams said. "One theory is that, although these children have normal hearing, there's a problem in the brain's sound processing," he explained.

Another theory is that "social cues," including other people's speech, don't hit the brain's reward system in the typical way. "Our findings support this idea," Abrams said. "There may be some deficit in the brain circuitry related to reward."

The findings are based on a type of brain imaging called functional MRI, which allows researchers to measure brain activity by watching changes in blood flow.

The investigators took scans of 20 children who were on average 10 years old and had "high-functioning" autism: all had normal IQs and speaking and reading skills, but had trouble conversing and grasping "emotional cues" in other people's voices. The researchers also scanned 19 kids without autism who were in the same age and IQ range.

The researchers found that the children with autism showed a weaker connection between an area of the brain that responds to the human voice and two other brain regions that release the "feel-good" chemical dopamine in response to rewards.

On top of that, there was a weaker link between the brain's voice processors and the amygdala - a brain region involved in emotion, including the ability to perceive emotional cues from others.

An expert not involved in the work said the findings give more insight into the underpinnings of autism, which affects an estimated one in 50 US kids aged 6 to 17, according to the US Centers for Disease Control and Prevention.

What's unclear, Adesman added, is whether the impaired brain connectivity is actually a cause of the children's difficulties with conversations and socialising.

He noted that it's "likely" that weaker brain connections came first, but there's no way to tell for sure from this study.

"The natural next step," Adesman added, "is to try to replicate these findings in further studies, and to expand the research to include younger kids."

Adesman said he does not see the findings as being "immediately" useful in terms of autism therapies or diagnosis (such as using functional MRI scans to spot connectivity problems in the brain).

But, according to Abrams and colleagues, the findings lend some support to autism therapies already in use.

One example is known as pivotal-response training, which tries to motivate kids who can speak but do not usually converse with others, to engage in more "social" talk.

One limit of the study is that all of the children with autism were "high-functioning." But autism is considered a "spectrum" disorder whose effects range widely: Some people have mild problems socialising but have normal to above-normal intelligence; others have profound difficulties relating to others, and may have intellectual impairment as well.

It's not certain, Abrams said, that the same brain connectivity patterns would be seen across the autism spectrum.

Learn more about autism from the US National Institute of Child Health and Human Development.

We live in a world where facts and fiction get blurred
In times of uncertainty you need journalism you can trust. For 14 free days, you can have access to a world of in-depth analyses, investigative journalism, top opinions and a range of features. Journalism strengthens democracy. Invest in the future today. Thereafter you will be billed R75 per month. You can cancel anytime and if you cancel within 14 days you won't be billed.
Subscribe to News24
Related Links
Autism and ADHD often occur together
Autism finds space in the workplace
'Sensory-focused' autism therapy promising
Next on Health24
Autistic kids struggle with motor skills