Lower back pain may lead to disability 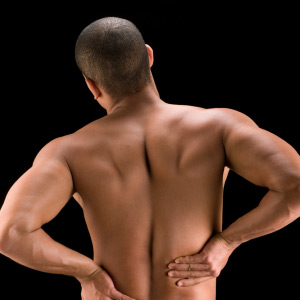 Persistent lower back pain may cause disability
iStock

For people suffering from severe, short-term lower back pain, an end may not be in sight: a new study finds that they're at increased risk for long-term pain and disability.

The study included 488 people who were treated for low back pain and were then sent questionnaires every six months for five years.

Higher levels of pain at the initial visit were associated with a 12% higher risk of pain six months later, and with a 9% increased risk of pain five years later.

Patients who will fail to find future relief may suspect it early on, the study suggests.

The study was published in the August issue of The Journal of Pain.

The findings confirm previous research showing that initial low back pain intensity is a key predictor of future pain and disability, but this study is the first to show this association over a long period of time, said researchers Paul Campbell and colleagues with the Arthritis Research UK Primary Care Center.

The investigators also said their study confirms the importance of pain relief in the early treatment of low back pain, and that patient beliefs that their pain will persist for a long time can predict progression to chronic low back pain.

Up to 70% of Americans will experience low back pain at some point in their lives and many will progress to long-term, chronic low back pain, according to a journal news release.

The U.S. National Institute of Neurological Disorders and Stroke has more about low back pain.

We live in a world where facts and fiction get blurred
In times of uncertainty you need journalism you can trust. For only R75 per month, you have access to a world of in-depth analyses, investigative journalism, top opinions and a range of features. Journalism strengthens democracy. Invest in the future today.
Subscribe to News24
Related Links
Back manipulation may help relieve chronic pain
Next on Health24
Backache and running - what you should know

Read more on:
back paindisability
Newsletters