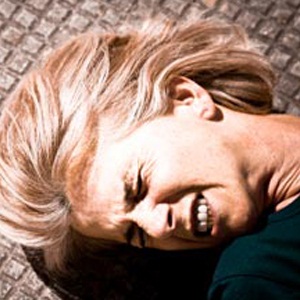 He considers osteopathic manipulation a complementary treatment - not necessarily the only thing to do for low back pain, but something that can work as an add-on therapy for people who don't get better with painkillers alone, for example.

"I think the osteopathic approach is different (from chiropractic care, for example) in that it takes a more overarching view, so you wouldn't necessarily restrict your examination or treatment to the lower back," Licciardone, from the University of North Texas Health Science Center in Fort Worth, told Reuters Health.

He and his colleagues wanted to test the effectiveness of both osteopathic manipulation and ultrasound therapy - a technique sometimes used by physical therapists on soft tissue injuries. The researchers randomly assigned 455 people with chronic low back pain to undergo eight weeks of either real or sham versions of each treatment method.

A few weeks after finishing treatment, 63% of the patients who'd had osteopathic manipulation reported a moderate improvement in their pain and half reported substantial improvement - meaning their symptoms were at least cut in half.

In comparison, 46% of people who'd received fake osteopathic treatments had moderate improvement and 35% saw substantial benefits. Ultrasound therapy, on the other hand, was not tied to any long-term pain relief.

And neither treatment significantly improved back-related functioning or the overall health of people with chronic pain, the study team wrote in the Annals of Family Medicine. Licciardone said chiropractors typically use a single type of thrusting motion on the back and see some patients up to three times per week.

What osteopathic care does

In contrast, osteopathic care addresses the pelvis, legs and other body parts as well and emphasizes allowing recovery between sessions. In the current study, patients received a total of six treatments over eight weeks.

The study was funded by the National Institutes of Health-National Center for Complementary and Alternative Medicine and the Osteopathic Heritage Foundation. One back pain researcher who wasn't involved in the new study said its findings are consistent with past reports on osteopathic and chiropractic treatments.

"The consensus on most of those studies, I think, is that spinal manipulative therapy is better than no treatment and has a modest benefit over a period of time, but is not substantially better than other types of treatment including pain medications (and) exercise recommendations," said Dr Timothy Carey, from the University of North Carolina, Chapel Hill. A typical osteopathic manipulation session costs about $100, and may or may not be covered by insurance.

That may be worth it, Licciardone said, for people who have already tried over-the-counter painkillers and physical therapy and are running out of non-invasive options."We saw the biggest reduction in pain in the people who had more severe pain to begin with, and those are the people who are going to be more likely looking for the more costly and more invasive treatments," he said.

"Before going on to the opioid medications or steroid injections or surgery, why not give a conservative treatment like osteopathic manual treatment a try?" Licciardone suggested."I say (to patients), 'Give it a try for five or six treatments, and if it's not helping by then, give it up, because it's not going to help,'" Carey told Reuters Health."It's an option - it isn't the only option," he said. Carey said one of the best things people with chronic back pain can do for their long-term health is to get regular exercise, even if it's just walking.

We live in a world where facts and fiction get blurred
In times of uncertainty you need journalism you can trust. For 14 free days, you can have access to a world of in-depth analyses, investigative journalism, top opinions and a range of features. Journalism strengthens democracy. Invest in the future today. Thereafter you will be billed R75 per month. You can cancel anytime and if you cancel within 14 days you won't be billed.
Subscribe to News24
Related Links
Why is back pain so common?
Take a break from your desk
Chronic pain
Next on Health24
What is the Alexander Technique and what could it do for you?

Read more on:
back pain