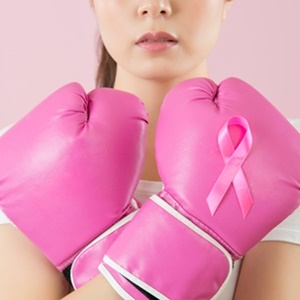 There is a definite link between vitamin D levels and cancer.

Researchers looked at more than 5 000 women, 55 and older, and found that those with vitamin D blood levels of 60 nanograms per millilitre (ng/mL) or more had an 80% lower risk for breast cancer than those with levels of 20 ng/mL or less.

The researchers also found that among women with vitamin D blood levels between 20 and 60 ng/mL, the higher their level, the lower their risk of breast cancer.

But the study did not prove that higher vitamin D levels prevent breast cancer, just that there was an association.

Data from clinical trials conducted at Creighton University in Omaha, Nebraska, and from GrassrootsHealth, a California-based nonprofit, were included in the study.

"This study provides strong support that vitamin D plays an important role in breast cancer prevention," said principal investigator Joan Lappe. She is a professor of nursing at Creighton.

"It also demonstrates that blood levels of vitamin D for breast cancer prevention need to be higher than currently recommended levels for bone health," Lappe said in a university news release.

The study was published online recently in the journal PLoS One.

A vitamin D blood level of 20 ng/mL or above is adequate for bone health, according to the National Academy of Sciences.

Carole Baggerly, director of GrassrootsHealth, said, "With roughly an 80% reduction in the incidence of breast cancer, getting a vitamin D blood level to 60 ng/mL becomes the first priority for cancer prevention."

According to Baggerly, "Nutrition and lifestyle factors are certainly important for overall health, but they can't replace the value of vitamin D level. The safety of this level has been demonstrated within this study as well as others."

We live in a world where facts and fiction get blurred
In times of uncertainty you need journalism you can trust. For only R75 per month, you have access to a world of in-depth analyses, investigative journalism, top opinions and a range of features. Journalism strengthens democracy. Invest in the future today.
Subscribe to News24
Related Links
‘I’m the woman whose terminal breast cancer went into remission after immunotherapy’
Many breast cancer patients can skip chemo, big US study finds
Finally, affordable prostheses for breast cancer survivors
Next on Health24
Increased risk of breast cancer for teen smokers