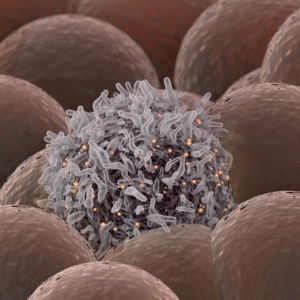 Rare cancers may be difficult to diagnose and treat.

Some cancers, like breast, bowel, prostate and lung cancer are common, others are less common and some are classified as rare.

22% of all cancers are rare

Rare Cancers Europe explains that rare cancers can be identified as those with an incidence of less than six per 100 000 persons per year. (Less common cancers have between six and 12 incidences per year per 100 000 population.)

Rare cancers can also be classified in the group of rare diseases, which is defined in the EU (European Union) as diseases with a prevalence of fewer than five cases out of a population of 10 000.

According to the Radboud Institute for Molecular Life Sciences (RIMLS), rare cancers (i.e. incidence less than six per 100 000), represent about 22% of all cancer cases.

The low frequency of these cancers poses challenges because of:

Cancers known as head and neck cancers usually begin in the squamous cells that line the mucosal surfaces inside the head and neck (e.g. mouth, the nose and throat). Cancers of the head and neck can be categorised by the area where they begin, e.g. the oral cavity, pharynx, larynx, paranasal sinuses and nasal cavity and salivary glands.

Sarcoma arises in the connective tissue of the body, i.e. fat, blood vessels, nerves, bones, muscles, deep skin tissues and cartilage. This type of cancer is divided into either bone sarcomas or soft tissue sarcomas – all share certain microscopic characteristics and have similar symptoms.

Throid cancer is a rare type of cancer that affects the thyroid gland, a small gland at the base of the neck that produces hormones. Symptoms include a painless lump or swelling in the front of the neck, swollen glands in the neck, unexplained hoarseness, a lingering sore throat and difficulty swallowing.

A neuroendocrine tumour begins in the hormone-producing cells of the body’s neuroendocrine system. Neuroendocrine cells are found in organs like the lungs and gastrointestinal tract, including the stomach and intestines.

Cancerous brain tumours are high-grade tumours that either start in the brain (primary tumours) or spread into the brain from elsewhere (secondary tumours). Symptoms include severe, persistent headaches, seizures, persistent nausea, vomiting and drowsiness, mental or behavioural changes, vision or speech problems, progressive weakness or paralysis on one side of the body.

Lymphoma occurs when lymphocytes (white-blood cells) get out of control. They divide in an abnormal way or don’t die when they should. Abnormal lymphocytes can collect in your lymph nodes, often in your armpits, neck or groin, but they can collect in almost any part of your body. Symptoms will depend on where the lymphoma starts and what parts of your body is affected.

The most common cancers in children include leukaemia, lymphoma and brain cancer. Things that cause cancer in adults (e.g. smoking or exposure to environmental toxins) are usually not the same as in children. In most cases childhood cancers come from random mutations in the genes of growing cells, which means that there’s often no effective way to prevent them.

We live in a world where facts and fiction get blurred
In times of uncertainty you need journalism you can trust. For only R75 per month, you have access to a world of in-depth analyses, investigative journalism, top opinions and a range of features. Journalism strengthens democracy. Invest in the future today.
Subscribe to News24
Related Links
13 types of cancer linked to this lifestyle disease
5 everyday things you didn't know could cause cancer
Can your job give you cancer?
Next on Health24
The ‘hidden costs’ of chemotherapy