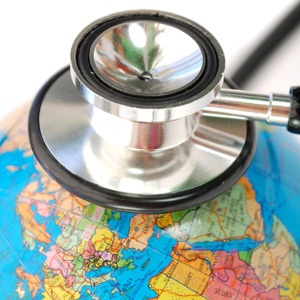 iStock
United Nations (UN) officials, Ministries of Health and leading international decision makers have come together for the first time in Africa to discuss the growing global cancer burden at the 2013 World Cancer Leaders’ Summit (WCLS) in Cape Town on 18 and 19 November.

Organised by the Union for International Cancer Control (UICC) and hosted by the Cancer Association of South Africa (Cansa), the event is an important forum to secure a coordinated, multilevel global response to address the spiralling cancer epidemic in low- and middle-income countries and to ensure that cancer control is fully recognised in the world health and development agendas.

The WCLS represents a significant response from the global cancer community to the recent commitment made by the UN to achieve the global goal of reducing premature deaths from NCDs by 25% by 2025.

“The theme of this year's Summit is ‘Closing the Cancer Divide by 2025’ which highlights the urgent need to address the glaring disparities in cancer control within and across national, international and regional boundaries,” said Prof Mary Gospodarowicz, President of the Union for International Cancer Control (UICC).

“It is of particular significance that we are in Africa today, a region that is seeing an overwhelming increase in cancer incidence and deaths.”

According to the World Health Organization, more than 12 million people worldwide will be diagnosed with cancer this year, of which approximately eight million will die.

Cancer affects countries all over the world, but countries lacking the health infrastructure to cope with the increasing number of people affected by the disease are particularly affected.

CEO of Cansa and cancer survivor, Sue Janse Van Rensburg, explained the importance of ensuring better access, better reporting and having more data available so that cancer can be controlled in an effective manner.

“We needed this very important event to create more awareness, especially amongst the leaders in cancer control in Africa.”

According to Cansa, more than 100 000 South Africans are diagnosed with cancer every year. Local issues around cancer in South Africa include early detection, access to information and treatment and women’s cancers, which has been a big focus of the Summit this year.

Ms Zoleka Mandela, a cancer advocate and survivor, attended the summit to share her involvement and highlighted the importance of early detection.

“Women’s cancers are the most prevalent cancer among sub-Saharan Africa women. With few exceptions, early stage cancers are more treatable than late stage cancers, so access to early detection, screening and treatment programmes are critical.”

“With cancer incidence set to rise dramatically in low- and middle-income countries in the next twenty years, an unsustainable burden is falling on these nations, both economically and socially.

"The international cancer community must commit support and expertise to help the low- and middle-income countries address this trend through measures adapted to the specific cancer patterns occurring in these populations," commented Prof Gospodarowicz.

We live in a world where facts and fiction get blurred
In times of uncertainty you need journalism you can trust. For 14 free days, you can have access to a world of in-depth analyses, investigative journalism, top opinions and a range of features. Journalism strengthens democracy. Invest in the future today. Thereafter you will be billed R75 per month. You can cancel anytime and if you cancel within 14 days you won't be billed.
Subscribe to News24
Related Links
4 common myths about cancer
South Africa: 78% increase in cancer by 2030
16 tips on avoiding cancer
Next on Health24
Doctors gave him just months to live, but this teen with brain cancer is defying expectations