Protect your daughter from cancer 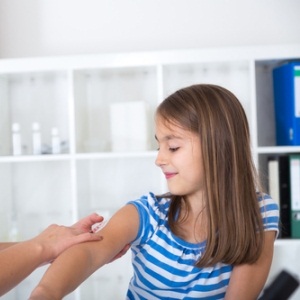 Girl receiving vaccination from Shutterstock
Certain groups disapprove of vaccinating a child against a sexually transmitted infection (STI) out of fear that it could promote promiscuous behaviour – even if this STI is responsible for 80 percent of cervical cancer cases and more than a quarter of a million deaths each year.

The new vaccine against the Human Papillomavirus (HPV), that guards against cervical cancer, has been a topic of debate between medical professionals and certain conservative groups since its release in 2006. The latest objection to this life-saving drug was revealed in a US study that found only half of American mothers intend to have their teenage daughters vaccinated against HPV.

In over 80 percent of cases, cervical cancer is caused by HPV, which is a very common sexually transmitted infection. It is estimated that between 60 and 80 percent of all sexually active individuals may be infected.

Therefore the HPV vaccine is targeted at young girls from the age of 10 years and up, as most girls of this age are not sexually active, have not yet been exposed to HPV, and will therefore achieve maximum protection.

Some objection to vaccine
A recent study by the Cincinnati Children's Hospital Medical Centre in the US found that some mothers believe the vaccination would cause a child to engage in riskier sexual behaviour because of the protection it offers.

Local experts discredit this comment saying that risky sexual behaviour among teenagers already exists. "It (risky sexual behaviour) is something young people will participate in, with or without the protection of the vaccine," remarked Rosalyne Jacobs from CANSA. "If I could prevent my daughter from getting cancer, why wouldn't I?" she argues.

Dr Haynes van der Merwe from the Tygerberg Hospital's Gynaecology Department feels that such an argument is an emotional response that holds no weight. In fact, he believes it is a parent's responsibility to ensure that his/her daughter is protected against this potential killer disease.

Well-received in South Africa
Dr Carol Thomas, a gynaecologist from Claremont who is also associated with the Department of Obstetrics and Gynaecology at the Groote Schuur Hospital believes that this life-saving vaccine is generally well-received. "I think that is because the culture of vaccination is extremely well developed in South Africa," says Thomas.

"Except for a minority of non-mainstream, but remarkably visible and vocal groups and individuals, the general consensus worldwide is that HPV vaccines herald a new era and a phenomenal advance in the fight against cervical cancer…" Thomas reported in the South African Medical Journal.

Furthermore she argues that South Africa's high prevalence of HIV/Aids has made parents more aware of the danger of sexually transmitted diseases "making parents in favour of anything that may protect their children against the onslaught of any virus."

Makoena from GSK confirmed that this pharmaceutical manufacturer has not received any objections or complaints about their product and they are in fact "pleased with the healthcare professionals and public response."

Not everyone has access
CANSA has expressed their belief that the HPV vaccine should be made compulsory to all girls in South Africa.

At present, however, it is only available in the private sector and the course of three injections comes at a price of just over R2 000 – making it unaffordable for most low-income households in South Africa.

Until present, government has not expressed any intention of providing this vaccine to the public health sector.

Cervical cancer - a background
Cervical cancer is a common disease in the developing world. Pap smears are currently the recommended method of screening, according to the World Health Organization (WHO) and the International Agency for Research on Cancer (IARC).

Although it is a preventable disease that is curable if detected and treated in its early stages, it remains the leading cause of cancer-related deaths in South African women, according to the Medical Research Council.

We live in a world where facts and fiction get blurred
In times of uncertainty you need journalism you can trust. For only R75 per month, you have access to a world of in-depth analyses, investigative journalism, top opinions and a range of features. Journalism strengthens democracy. Invest in the future today.
Subscribe to News24
Next on Health24
Lowdown on cervical cancer vaccines