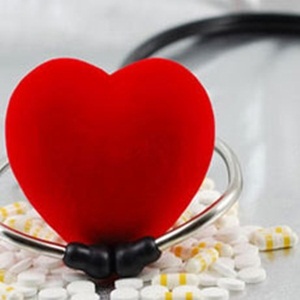 Studies evaluating cholesterol-lowering drugs might find more muscle problems if they did a better job of defining and asking about muscle pain, suggests a new review.

Researchers say 10 to 25% of real-world patients on statins report having muscle problems, but clinical trials consider these side effects to be rare.

"A lot of patients complain about . . . muscle aches while they're on statins," Dr Paul D. Thompson told Reuters Health.

Thompson, who worked on the study, is chief of cardiology at Hartford Hospital in Connecticut.

"So that's why we did the study – we wanted to see, why is there such a big difference between what doctors say who practice taking care of patients and what the literature says?" he said.

To see how muscle-related side effects are evaluated and reported in trials of statins, Thompson and his colleagues searched for studies that compared people taking a statin with those taking a drug-free placebo pill for at least six months.

They found 42 studies that examined seven different types of statins, including atorvastatin (marketed as Lipitor) and simvastatin (Zocor).

Of those studies, 26 reported on muscle problems, such as muscle pain, weakness and cramps. Only one specifically asked participants if they had any muscle problems.

The researchers found the frequency of muscle aches and pains was slightly higher in the statin groups than in placebo groups: 12.7% compared to 12.4%, according to the results published in the American Heart Journal.

But they say everyday muscle aches and pains could not be distinguished from muscle pain linked to statins because most trials did not use a standard definition for statin-related muscle problems.

Thompson said his own previous study defined statin-associated muscle problems as new or increased pain, cramps or aching that is not linked to exercise and persisted for two weeks. Pain had to go away within two weeks of patients stopping a statin and come back within four weeks of them restarting the drug.

In that study, 9% of participants using statins reported muscle aches, compared to 4% of those taking a placebo. "So we think about 5% of people really have muscle aching related to the statins," Thompson said.

He added that pain and aches due to statins may not mean actual damage is occurring in the muscle.

"Just because (patients) have muscle aching doesn't mean anything terrible is going on in their muscle because usually when they stop taking the drugs it goes away," he said.

Thompson said statin-related muscle pain must be confirmed by a doctor, but patients can look out for certain signs and symptoms.

"It's usually large muscle groups of the legs and buttock and back," he said. "It's not usually that your fingers hurt or something like that."

It's also possible that the muscle pains are more of a problem for people who are physically active.

"We've shown that people who exercise a lot tend to have more evidence of muscle injury – we think the cause may be related to a failure to repair damaged muscle, so if you're damaging your muscle by exercising, maybe you don't repair it as well," Thompson said.

We live in a world where facts and fiction get blurred
In times of uncertainty you need journalism you can trust. For only R75 per month, you have access to a world of in-depth analyses, investigative journalism, top opinions and a range of features. Journalism strengthens democracy. Invest in the future today.
Subscribe to News24
Related Links
More Americans to be taking statins
Experimental cholesterol-lowering drug shows promise
Statins do not reduce brainpower
Next on Health24
Sugar-sweetened drinks wreak havoc with cholesterol levels, harming the heart