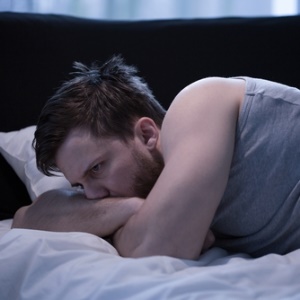 Nobody knows exactly what causes depression, but research shows that a combination of causes and contributory factors play a role. These include genetic, biological, environmental and psychological factors.

Sometimes a specific trigger may be identified; at other times, people seem to become depressed for no reason at all. This is more likely to happen if the person experienced previous depressive episodes or if they have a genetic predisposition to depression.

Possible causes of depression include:

Several different neurotransmitter systems may be involved, but the two that have been frequently implicated are serotonin (5-HT) and norepinephrine (NE). Studies have also shown that a third brain chemical, dopamine, plays a role in both depressed and elevated moods.

Other chemicals that have been implicated include glutamate and brain-derived neurotrophic factor (BDNF).

1.2. Hormonal factors: An increased secretion of cortisol from the adrenal gland during stressful periods is associated with depression. The cortisol has been shown to damage the hippocampus – an area of the brain associated with hormonal and behavioural regulation.

Disorders of the thyroid gland (which produces three hormones: T3, T4 and calcitonin) are also often associated with mood disorders. If you suffer from major depression, you should get your thyroid tested.

In addition, oestrogen seems to play a role in depression. This may in part explain the increased risk of postpartum depression and depression occurring in the post-menopausal period.

1.3. Neuroanatomical considerations
Imaging studies have shown differences in the size of some of the brain structures as well as alterations in blood flow to certain areas of the brain in depressed individuals.

Mood disorders also seem to be linked to changes in the limbic system (the emotional centre of the brain), the basal ganglia (which coordinates movement), as well as the hypothalamus (which controls body temperature, sleep, appetite and sexual behaviour).

2. Genetic factors
Inherited factors are an important component in the development of mood disorders such as depression. Having a close relative who has suffered from a depressive disorder increases the likelihood of developing depression. People with a genetic susceptibility are also more vulnerable to depression in the face of various stressors.

3. Recreational drugs, medication and alcohol
Alcohol, as well as recreational drugs and some prescription medications, can cause or exacerbate depression. These substances may interfere with the regulation of brain chemicals or the physical structure of the brain. For example, consuming excessive amounts of alcohol and taking sleeping tablets may cause shrinkage of the brain.

Ironically, people with depression often self-medicate with over-the-counter pain medication, sleeping pills, alcohol, cigarettes or narcotics like marijuana and cocaine – substances which may then exacerbate the problem.

4. Medical illness
Certain diseases may contribute to depression. These include:

It’s believed that the initial episode results in long-lasting changes in the biology of the brain – for example, changes in the functioning of the neurotransmitters, a loss of neurones, and a decrease in synaptic contacts. These changes increase one’s vulnerability to subsequent episodes.

6. Family dynamics and personality
A family’s style of interacting with different family members, the family environment (e.g. a broken home) as well as the family’s coping patterns may increase an individual’s vulnerability to a depressive disorder.

The person’s underlying personality type (e.g. dependent or obsessive compulsive) may also be a contributory factor.

- How common is depression?

We live in a world where facts and fiction get blurred
In times of uncertainty you need journalism you can trust. For 14 free days, you can have access to a world of in-depth analyses, investigative journalism, top opinions and a range of features. Journalism strengthens democracy. Invest in the future today. Thereafter you will be billed R75 per month. You can cancel anytime and if you cancel within 14 days you won't be billed.
Subscribe to News24
Next on Health24
Diagnosing depression