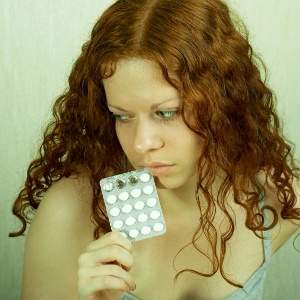 These are among the newer antidepressants, which have been available from 1988. They act on the neurotransmitter (brain chemical) serotonin.

This group of drugs, together with the other newer agents, is the most widely prescribed due to the favourable side-effect profile and relative safety if taken in overdose. Different drugs in this class are also registered for treatment of anxiety disorders, panic disorders, post-traumatic stress disorders, obsessive-compulsive disorder and social phobia.

Side effects may be present during the first few weeks of therapy, but usually disappear after a while. These are often diminished by starting medication in low dosages and gradually increasing until a therapeutic dosage is reached.

This class of medications is closely related to the SSRIs, but have an additional mechanism of action in that they also affect noradrenaline reuptake.

Medications in this class include venlafaxine (Efexor, Venlor), duloxetine (Cymbalta) and Pristiq (desvenlafaxine).

There is some evidence that this class of medications may be more effective in preventing relapse episodes of depression. They are also used when the depression is accompanied by painful physical symptoms such as headaches and muscle pain. Their side-effect profile is similar to that of the SSRIs.

This is an older group of drugs, which has been in use since 1957. These drugs affect predominantly noradrenaline.

Tricyclics are also used for the treatment of anxiety disorders, sleep disorders, pain relief, migraine prophylaxis and bedwetting (imipramine). Some patients, particularly the elderly, find the side effects of these drugs more difficult to tolerate.

Tricyclics are not safe in overdose, and in the event of more tablets being taken than prescribed, it’s important to seek medical advice urgently. Despite the side-effect profile, tricyclics are extremely effective antidepressants.

These side effects are often transient and of nuisance value only. They may be managed by altering diet, water intake and rising slowly from a lying or sitting position.

This is an older group of antidepressants, which is used less frequently today.

These agents act by inhibiting an enzyme called monoamine oxidase, which usually breaks down serotonin, noradrenaline and dopamine in the brain. This results in an increase in these neurotransmitters, the deficiency of which is associated with depressive illness. However, certain foodstuffs containing tyramine (e.g. cheese, red wine, processed meats and many others) also require monoamine oxidase for their metabolism.

The inhibition of this enzyme results in an excess of tyramine, which acts upon the blood vessels to cause a rise in blood pressure. This rise may sometimes be fatal, which is why patients taking MAOIs need to observe dietary restrictions. The danger of any food or drug reaction persists for about 14 days after stopping treatment with a MAOI. A washout period is therefore required before starting a different antidepressant.

Some MAOIs are available that don't completely inhibit the monoamine oxidase enzyme and dietary restrictions, like moclobemide (Aurorix, Manerix)

MAOIs are thought to be particularly useful in treating atypical depression. They're also useful when depression isn't responding to other drugs and in phobia and panic disorder.

Again, most of these side effects usually improve after taking the medication for a few weeks.

These don't fit into the aforementioned groups or utilise newer agents.

Launched in South Africa during 2000. This drug inhibits noradrenaline reuptake and there is more neurotransmitter available in the synaptic cleft. It is generally considered to be an energising antidepressant. It may cause insomnia, dry mouth, vertigo, sweating and some sedation initially. Not a good choice if there is a high level of anxiety associated with the depression.

Classified as a tetracyclic. Affects noradrenaline but via a different mechanism to the tricyclics. This is a sedative antidepressant, which is taken at night – useful if insomnia is a prominent complaint. Also useful if low blood pressure is a problem as it tends not to exacerbate this, unlike the tricyclics. May cause weight gain.

A triazolopyridine antidepressant unrelated to any of the aforementioned antidepressants. It affects the serotonin neurotransmitter system, working on pre- and postsynaptic neurones (SSRIs exert their effects on presynaptic neurones only). The main side effect is sedation. Priapism (sustained penile erection) has been reported and may result in irreversible impotence, but this is not a common side effect.

Belongs to a new class of antidepressant called NaSSAs (noradrenergic and specific serotonergic antidepressants), which are particularly useful if anxiety and insomnia are problems. Side effects include sedation and weight gain.

Don't have weight gain as a general side effect.

Why are generic drugs cheaper than brand-name drugs?

A brand-name drug has to go through up to 15 years of research before it can be sold to the public. During this testing, the company making the drug must prove that it is safe and effective for people to use.

Once the new drug is approved, the company that made and tested it receives a patent which means that no other company can make the drug until the end of the patent (usually 10 – 15 years).

Are generic drugs as safe and effective as brand-name drugs?

The short answer to this question is “usually yes”. A company must prove that its generic version of a drug is both safe and effective before it can be sold to the public. The company that made the original brand name drug proved during years of testing that the drug is both safe and effective. A company that makes a generic drug must show that its version is “bio-equivalent” to the original.

How do I know if there is a generic version of the drug that I take?

Ask your prescribing doctor and/or the pharmacist. They will also advise you if it is safe to move to a generic or stay on the original brand-name prescription.

Some general points regarding antidepressants

It's important to inform your prescribing doctor of the following:

It's also a good idea to try and avoid alcohol while taking antidepressants. Alcohol acts as a central nervous system depressant and can worsen depression or undermine the benefits of the medication. It also increases the likelihood of drowsiness and hence the risk for accidents while driving or operating machinery.

It isn't known exactly how ECT works, but it remains the most effective treatment for severe depression. The brain displays similar changes after ECT as after taking anti-depressant medication, but the onset of improvement is more rapid with ECT.

ECT is a treatment which involves electrical stimulation of the brain while under a general anaesthetic. A muscle relaxant is also given before treatment is initiated. Because of bad publicity (films such as “One flew over the cuckoo's nest”) and general anxiety about using electricity near the brain, it is a much underused therapy.

As a general anaesthetic is required, it is only reserved for severe depression or treatment-resistant depression or when a rapid improvement is important (as in post-natal depression which responds particularly well to ECT) and where physical health is good enough for an anaesthetic.

ECT is also useful for patients who cannot tolerate the side effects of medication (such as the frail, elderly and pregnant women). Several ECT sessions are required for full therapeutic benefit, usually at a rate of three per week.

We live in a world where facts and fiction get blurred
In times of uncertainty you need journalism you can trust. For only R75 per month, you have access to a world of in-depth analyses, investigative journalism, top opinions and a range of features. Journalism strengthens democracy. Invest in the future today.
Subscribe to News24
Next on Health24
What is depression?