Better diet and exercise can prevent diabetes in both sexes 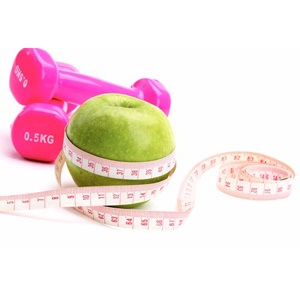 An apple, a measuring tape and dumbbell from Shutterstock
sheff

Lifestyle changes and medicines are equally effective in preventing men and women with prediabetes from progressing to type 2 diabetes, a new analysis finds.

The effect of gender

Previous research has shown that lifestyle changes, such as a healthier diet and regular exercise, and use of medicines to lower blood sugar levels can delay or prevent the onset of full-blown diabetes in people with prediabetes.

However, it wasn't known what effect, if any, gender might have on the effectiveness of these interventions, the researchers from Austria said.

"To the best of our knowledge, this is the first systematic review that assessed potential sex-specific differences in effects of preventive interventions in prediabetic people," wrote Dr. Anna Glechner, of Danube University Krems, and Dr. Jurgen Harreiter, of the Medical University of Vienna, and colleagues.

People with type 2 diabetes don't make or use the hormone insulin properly. Insulin is needed to convert glucose from food into energy. Type 2 diabetes, the more common type, is linked to being overweight and sedentary.

Men and women with prediabetes who made lifestyle changes also lost more weight and had greater reductions in blood sugar levels, the researchers said.

Taking blood sugar-lowering medications also reduced the risk of diabetes among men and women with prediabetes, according to the findings published November 27 in the journal Diabetologia.

"Clinically, these findings highlight an important issue. Despite differences in age of onset, detection and burden of type 2 diabetes between men and women, the effectiveness of preventative interventions in people with prediabetes is not influenced by gender," the researchers explained in a journal news release.

Clinicians can focus on factors known to magnify beneficial effects, such as adherence, they added. "Clinicians also need to focus on other aspects of sex-disparities such as the higher incidence of type 2 diabetes in middle-aged men and gaps in the quality of care between diabetic men and women," the researchers concluded.

Diabetes type 2 and the importance of a healthy lifestyle
Eating breakfast lowers diabetes risk
Can all work and no play cause type 2 diabetes?

Image: An apple, a measuring tape and dumbbell from Shutterstock

We live in a world where facts and fiction get blurred
In times of uncertainty you need journalism you can trust. For only R75 per month, you have access to a world of in-depth analyses, investigative journalism, top opinions and a range of features. Journalism strengthens democracy. Invest in the future today.
Subscribe to News24
Related Links
Uncontrolled type 2 diabetes tied to poorer brain power
Holiday overindulgence risky for type 2 diabetics
Exercise doesn't help all type 2 diabetics
Next on Health24
Whether from diet or surgery, weight loss has equal benefits for diabetics